11-Year-Old Commits Suicide, And Parents Think This Creepy YouTube Video Is To Blame 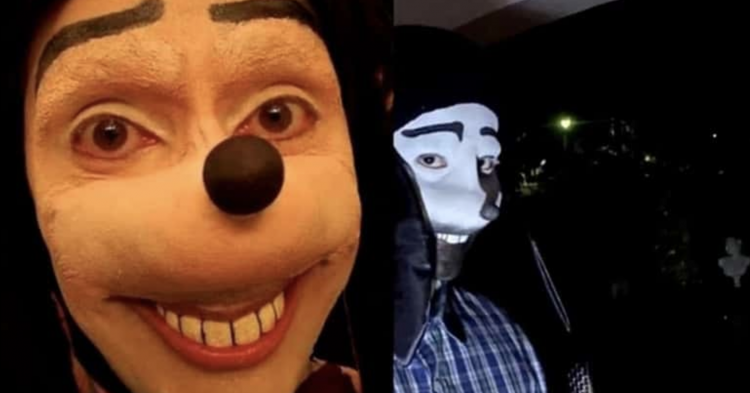 A creepy character may have a sinister motive. There’s a new YouTube channel featuring a clown-like character that tries to engage with children. However, the motivation behind this character is anything but innocent. Instead, the character may be trying to cause harm to little children. And the parents of an eleven-year-old child who committed suicide believe that this video’s character is to blame for their child’s untimely death.

The dead child, 11, who killed himself, lived in Italy. His death, according to his parents, may be linked to the sinister online “game” that has touched the lives of thousands of children across the world. The game is called the “Jonathan Galindo Challenge,” and it is downright evil.

The boy jumped from a balcony to kill himself after leaving a chilling message on his tablet. His mother found the message and was horrified to see that her son had intentionally jumped off the balcony to end his own life.

His parents found the following suicide note left behind on the boy’s tablet.

“I love you, mom, and dad. Now I have to follow the man in the black hood. I have no more time. Forgive me,” news.com.au and Italian news wire ANSA reported.

According to family reports, the child had nothing wrong with him. He was healthy, happy, and adjusted to his life. He even played sports and had friends. Why then did this young child kill himself seemingly out of nowhere? Police have linked the note about the “man in the black hood” to the online persona “Jonathan Galindo.” This online personality uses his clown-like image to attract children – and then terrify them with horror content.

The Jonathan Galindo Challenge asks children to complete horror-themed challenges. However, these challenges end in a bad place – by asking children to kill themselves.

Besides looking like a clown, some people believe that the online character is supposed to be half-man and half-dog. His teeth are oversized, and his eyebrows are painted on. He has reddish eyes and a round black nose. The costume was designed by Samuel Canini back in 2012 but has been turned into an entity for evil by this online personality.

Canini, a special effects producer, claimed to have no ties to this bastardization of his character. Instead, he created the character for his “own weird amusement, not for some modern-day thrill seeker looking to scare and bully people” on the internet.

The challenge draws children in by asking them to complete more and more terrifying challenges. The dares at the start are simple, like “watch a scary movie.” But they get worse and worse – and end with the child taking his or her own life.

Parents, beware of these deadly internet challenges online and various acts, including the Chinese-created TikTok app.