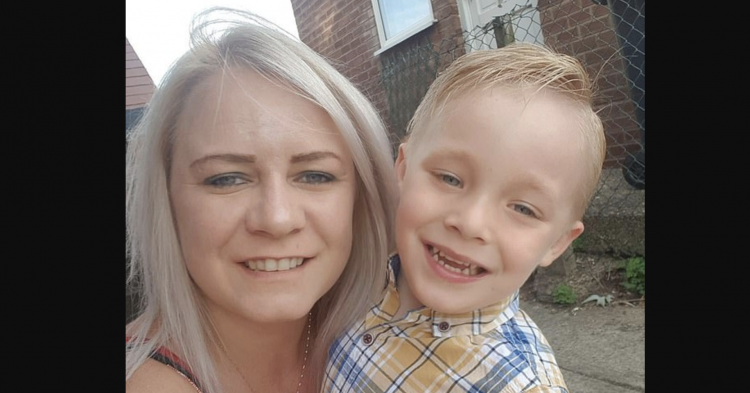 A British woman died because of the coronavirus pandemic, but not because of the virus itself. 32-year-old Katie Simms was found dead after her fear of leaving the house became so much worse following global lockdowns. The young mother was found dead by her five-year-old son after she died in the home’s living room in Kettering, Northamptonshire, on Monday, September 28, 2020.

Simms’s son, Archie, was horrified to come across his mother’s corpse. And Simms’s brother believes he knows why she died. In an interview, he admitted she had been “struggling” for years to combat her phobia of leaving the house. But when the country went into lockdown to fight the spread of COVID, it “broke her” since she was not allowed to see her aging parents. 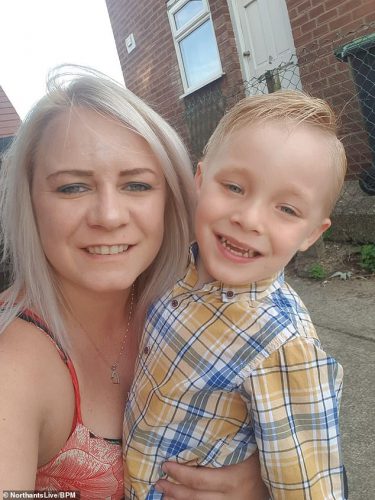 Police arrived at the scene of the mother’s death and found no evidence of foul play. The coroner was preparing the scene and would be conducting an autopsy. However, the police did not treat the young woman’s death as suspicious of wrongdoing. 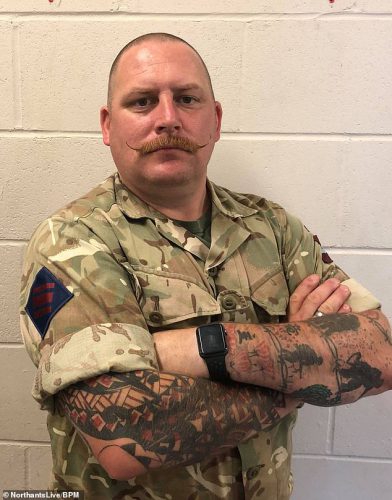 David Simms (above) loved his sister. But her mental health was shattered back in 2015 when their older brother, Barry, committed suicide. Barry Gunn (below), 40, served in the army in Sierra Leone with The Royal Anglian Regiment. He experienced hell on earth during his deployment and returned to Britain with post-traumatic stress disorder. 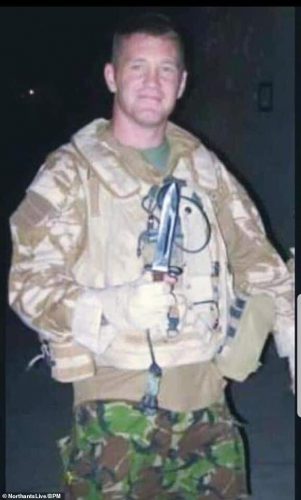 Before Barry killed himself, Katie Simms loved going out with her friends. But after his death, she developed a “phobia” of leaving the house.

“I think COVID broke her, to be honest,” David told Northants Live. “She couldn’t get to visit my mom because she’s got breathing difficulties, so she couldn’t leave the house to visit. My dad was diagnosed with bowel cancer. He’s now got a tumor, so can’t travel, so lockdown has basically broken us all.”

David is a father of two who lives in Coalville, Leicestershire. When news of Katie’s death reached him, he broke down in tears. The news was so tragic to him – especially after losing Barry to suicide five years ago.

“We couldn’t help her as best we could. It feels like we’ve failed,” he said.

Family and friends launched a GoFundMe account to help raise money to pay for Katie’s funeral. Any extra money raised during the giving campaign will go directly to five-year-old Archie in the form of a trust fund. That means the money will be protected, so he has it later in life.

News of this story broke the hearts of Daily Mail readers. More than one hundred shared comments, including the following:

“So desperately sad. RIP poor lady. Lockdown is not a rational response to this. It’s done (so much) harm.”

“To not have your family’s support at a time of crisis is worse than COVID. We all need human support; otherwise, what is the point of life? This poor woman needed her family and worried about her parents and their illnesses. It is cruel that she couldn’t visit them. These Orwellian rules need now to stop, never to be repeated.”

What do you think about this woman’s sad story?