A Group Of Conspiracy Theorists Are Trying To Convince Everyone That Michelle Obama Is A Man : AWM 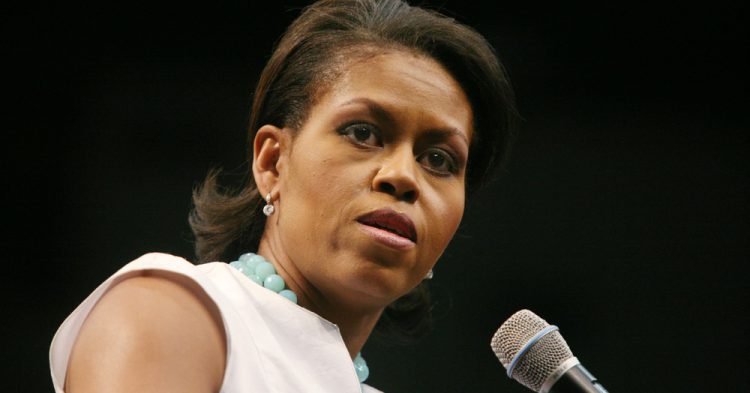 Francine Fosdick operates a conservative radio show called “Up Front in the Prophetic.” On a recent episode – while the rest of the world was reeling from the devastating effects of COVID-19, Fosdick wanted to call her listeners’ attention to something that was really grinding her gears. Fosdick wanted to spread a conspiracy theory that Michelle Obama is really a transgender woman who was born a man named Michael.

During one of her “prayer calls,” Fosdick went on an off-the-rails attack of the Obamas. During the call, Fosdick asked Jamie, who she said is an intercessor – or someone who has the ear of God – to pray to God to expose Michelle Obama as a transgender woman and her child-trafficking scheme.

“I am asking you, Father, that the general public would see all of the stealing and all of the dirty things that Obama has been involved in. How did he get this $15 million home in Martha’s Vineyard?” asked Jamie.

Over the last year, Michelle Obama has been selling her memoir – Becoming – which has become the best selling memoir of all time. With record sales like that, it is no surprise that the Obamas would be able to purchase a luxury vacation home on the island off the coast of Massachusetts.

While Michelle sold ten million copies of Becoming within just six months of its release, Barack has yet to release his memoir. He plans to push the book as hard as his wife did, which means that sales for the book will probably rival his wife’s – although it is uncertain if he’ll be able to beat her success on this project.

The Obamas have also been working with Netflix and Spotify to produce content. This is another lucrative deal that the Obamas are profiting from. Their success is no secret.

Nevertheless, Fosdick wanted Jamie to continue his call to expose the Obamas for whatever it is people think they did.

Jamie said, “Father Lord, I’m thanking you that every bit of money laundering, that he is involved in child trafficking, all of that would be exposed. Father, I thank you for exposing all of the corrupt book deals, not only Obama’s but Joe Biden’s and Michelle’s.”

Jamie also brought up the fact that Michelle Obama remains the most admired woman in the world.

“Speaking of Michelle, today ABC just had an article saying that she’s been named the most admired woman in the world for the second year in a row. Father, I am asking you that whatever plan they have to have Michelle or Hillary [Clinton] run for president, we call that canceled in Jesus’ name.”

Do you think Christians should be praying about Michelle Obama’s gender while the world gets devastated by the COVID-19 pandemic?