A Neighbor Agreed To Watch Their Pets While They Went On Vacation, But Then The Months Added Up 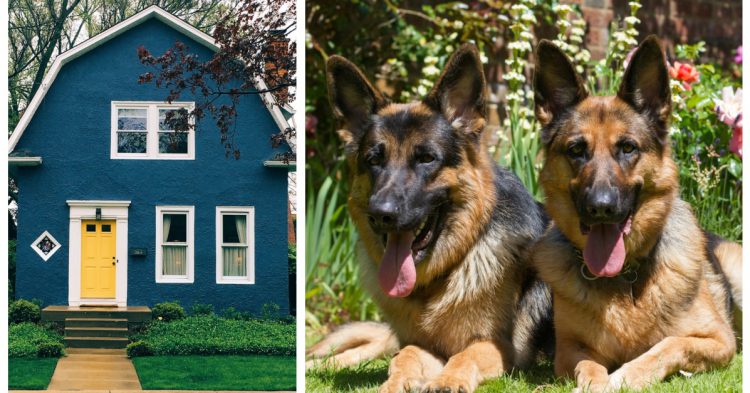 But things were not as they seemed. The man and his wife agree to watch after the pets. But after some time went by, the neighbors never came back, and the pet sitters started to worry.

“They asked my wife and me if we would look after their pets, and their house for the next three weeks, as they needed to return to Taiwan as his mother was dying. They even left me $500 dollars for food for their 2 German Shepherds, and their cat.”

The man shared his experience on Reddit. Because they never returned, he did not know what to do with the pets and the house.

“I don’t know what happened to them, but they just never came back. I don’t know if they ended up in some sort of prison, or decided to just not come home at all. Today I found out their basement had flooded, probably sometime within the last week. Apparently, a pipe burst, but the entire basement is completely f***ed. I paid for have the leak fixed, and I spent all of today using my shop vac to drain their basement to the best of my abilities.”

The man wrote the following timeline on Reddit to see if someone could help him navigate this challenging situation.

June 07, 2019 – Neighbors asked me if I would look after their pets, and their house while they were handling the death of his mother back in Taiwan. Told me three weeks at the latest.

July 1st, 2019 – Neighbors sent me an email stating they needed some additional time to handle his father’s affairs. He apologized and said he would be back by July 15th at the latest.

July 21st, 2019 – Sent him an email asking what was going on, explained how we were going on vacation in August. I never got a response.

August 14th, 2019 – I went on vacation, had my brother look after all four dogs for the next week.

September 3rd, 2019 – Tried to reach him and his wife via Facebook using the private message feature.

September 6th, 2019 – Ended up moving his two dogs, one cat into our house as they seemed extremely miserable. I ended up disassembling part of our adjoined fence to allow his dogs to use their outdoor area.

November 19th, 2019 – One of his dogs started showing signs of being ill, brought him to the vet turns out he is suffering from a medium severity case of IVDD. He ended up requiring surgery, which we paid for.

Today – When I was bringing his mail into his house, I noticed it smelled pretty awful, and I quickly discovered his basement had about a foot of water in it.

What do you think the man should do to solve this problem?