Actor Lets Himself Go. After Quick Makeover, Nobody Can Recognize Him Anymore : AWM

Actor Lets Himself Go. After Quick Makeover, Nobody Can Recognize Him Anymore 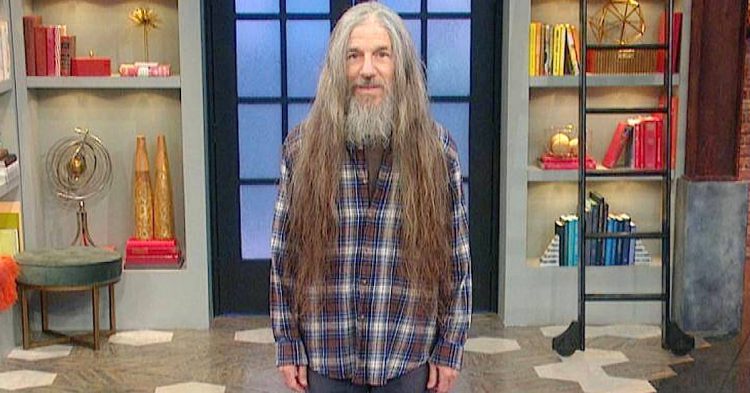 Although the actor Frankie Verroca is not a household name. However, this longtime character actor is someone you would probably recognize if you saw him. He’s been in many movies and television shows since the 1970s, including Saturday Night Fever and As the World Turns. One reason that Frankie Verroca, 65, might be someone you recognize because he has failed to update his look in as many decades as he has been working in the entertainment business.

That’s why this longtime character actor decided to take Rachel Ray up on a chance to get a makeover. During a 2019 show, he volunteered to have Rachel Ray’s team of makeover artists completely revamp his style and give him a new way of appearing in the world.

According to the YouTube video description, “Frankie, a 65-year-old actor living in New York City, says he’s often cast in ‘old, creepy type’ roles because of his long gray hair and beard.” However, that gets totally changed after Rachel Ray’s makeover team has their way with Frankie Verroca during the taping of the makeover episode.

The last time that Frankie got a haircut before his appearance on the show was five years prior to the taping. Although he did not always play the old creepy type, he started to get more of those roles as he let himself go with the long hair and long beard.

“My hair is impossible at this point to style,” he said. “I don’t know what to. There’s so much of it.”

Verroca admits that he does not have much style. He opts for second-hand flannel shirts and jeans that do not fit well. If you’re walking along the New York City streets, you might mistake this character actor as a homeless bum. That’s why it was imperative for Rachel Ray and her team to give this character actor a makeover and make him look better so he could qualify for better-paying roles in the entertainment business.

Viewers on YouTube shared their surprise and delight to see Frankie Verroca’s makeover on the Rachel Ray Show. Here’s what some had to say:

“I remember him and wondered what happened to him. Now he can play more studious parts. A doctor or college professor. Very handsome. Good luck, Frankie.”

“Oh my gosh, he looks amazing. I mean, I had no problem with the hair and the beard… I feel like that adds character to a person, but the new him is amazing!!!”

Others were not totally sold on the new look.

“I think they should have cut his hair shoulder length and trim his beard down to a goatee. I really hate the shoes and the rolled-up jean look.”

“I think he ruined his career as a character actor and seems in shock. He looks like the average old guy now.”

“I think they should have just trimmed his long hair and either left him with a goatee or close beard. He could’ve worn a ponytail for a less casual look. They managed to take all his cool away. Hope he grows his hair back out.”

What do you think?