China Is Reopening Its Tourist Attractions, And The Crowds Are Insane 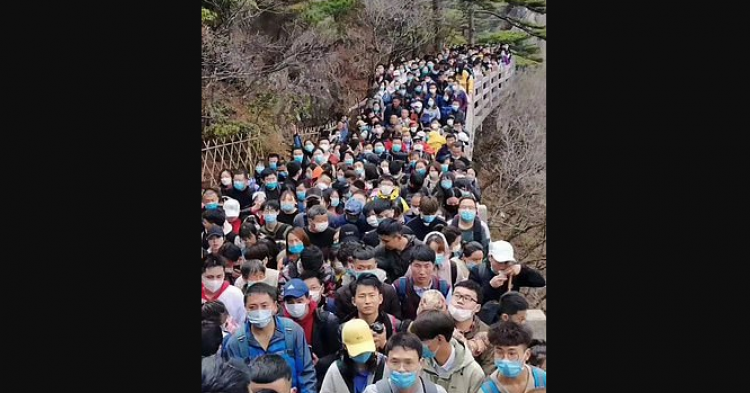 Quarantine is making people stir crazy. In America, where people have been living in self-quarantine for only a few weeks, things are getting a bit tough. People are eager to get out and are even breaking executive orders to avoid public parks and beaches. But in China, where people have been living in quarantine for several months, the reopening of the country’s tourist attractions has drawn massive crowds, the likes of which have never been seen.

When a popular mountain range reopened following months of shut down due to the coronavirus pandemic, thousands of tourists from China flocked to the location all at once. Reports indicate that as many as 20,000 visitors came to the mountain range to walk the trail. And to make the situation even stranger, everyone seemed to be wearing a face mask as they walked the tourist attraction in Huangshan.

The local government of Anhui Province in eastern China decided to open up twenty-nine scenic spots to visitors. Huangshan was one location that got opened up. The local government hoped the move would attract visitors and bring some money back into the local economy. They could never have expected to bring more than 20,000 people to just one scenic location.

This past weekend marked the three-day Qing Ming Festival holiday. That’s why people took to the trails to celebrate and to have a good time out in the mountain air. People were eager to get outside and to walk along with the scenic location and have a wonderful time seeing the beautiful areas of China. 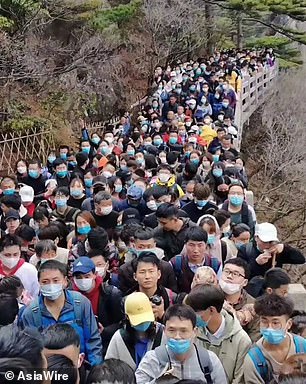 The Great Wall of China was also closed due to the COVID-19 pandemic. Photos showed what the location looked like after it was abandoned as people stayed home to keep away from others and avoid the spread of the deadly disease.

The reopening of the public spaces came after China held a national day of mourning on Saturday for those lost during the first wave of the pandemic that originated in Wuhan, Hubei Provence, China. The communist government as people to take a moment to honor the “martyrs” who perished from the deadly virus that took the world by surprise. The country mourned the thousands who lost their lives because of the deadly disease.

Wuhan still has protective measures in place to make sure the virus does not spread any more within their infected city. The total number of symptomatic patients in mainland China is currently at 81,708, with 3,331 deaths. Across the entire globe, the number of confirmed cases has risen to 1.2 million, while the number of dead is at least 69,261. 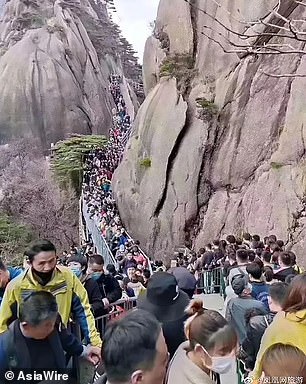 Images from these Chinese outdoor parks have shocked people across the world. Because they are so crowded and blatantly disregarding the six feet of social distancing, the people of China could be putting themselves at risk of another wave of the virus. Not only would this be extremely devastating for a country with a population of over one billion, but it is also feasible since the novel coronavirus has already begun mutating as it has spread.