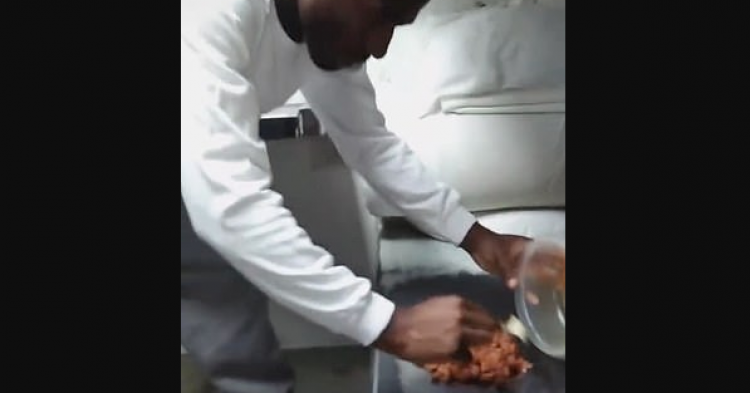 Who said convicted murderers could not become social media influencers? As it turned out, a lot of people are apparently turning into a 31-year-old killer’s TikTok account because he is showing what life is like inside a prison – and it’s not nearly as bad as people make it out to be. The convicted killer from Paramount, California, has already amassed more than 1.3 million likes on his TikTok account as he shows people at home how he fills his time preserving packs and cans of ingredients so he can make his own meals on his prison bed.

Although Jerone Combs killed a person and is serving 70 years plus life in prison for first-degree murder and attempted murder, he has quite the fan following on social media. While Combs has been locked away since he was eighteen – around the time when Facebook was just starting to become popular – he has taken to social media like a fish to water and has quite the following now. 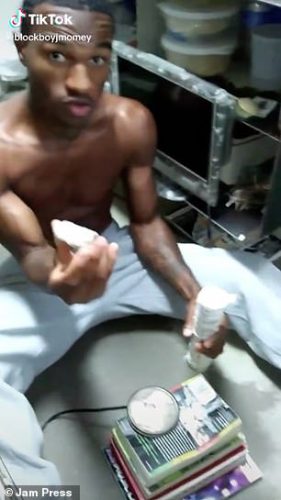 You can follow the convicted killer on the Chinese-created TikTok app at his handle Block Boy J Momey.

On his profile, viewers watch in delight as he creates meals from scratch. He collects packaged goods from around the prison and uses a grilling device, which is some type of hot plate he scavenged from a broken oven, to turn his prison ingredients into gourmet fare. 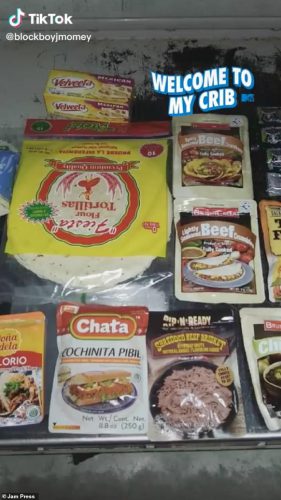 Fans admit that Jeron “could be a chef” if he was given another chance in the free world. Maybe it just took him until he served time behind bars to find his life’s calling.

Jeron began making meals as a better way to spend his time than eating the crap offered at the prison. He figured that anything he would be able to make would be better than the mush served in the prison dining hall. 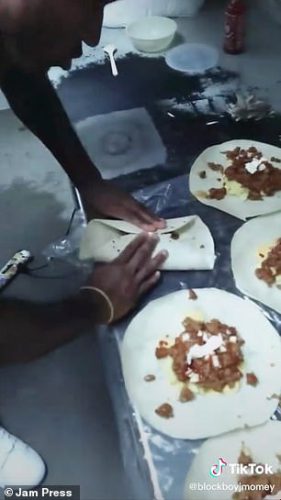 “I decided to cook because it’s better than what they feed us. We get food packages from the canteen, so we can order packaged food in,” he said. “I broke a hot pot down and took the plate out of it and sanded my bunk down to the metal to cook from it. I cook Burritos, tacos, quesadillas, rice bowls, stir fry, burgers, tostadas, and bacon, but burritos are my favorite because I been cooking them for so long.” 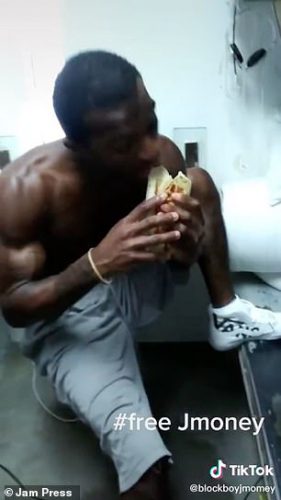 “I make food for my cellmate and some friends at times for special occasions. I have a passion for cooking. I have been in jail since 18, and this is where I learned all my cooking from,” Jerone said. “I make the best of all the ingredients that I have, and if I don’t have what I need, I just get it from a friend, and we compile all our food together and make it work. At first, I decided to post the video on TikTok for fun, but I never thought the whole world would see it.” 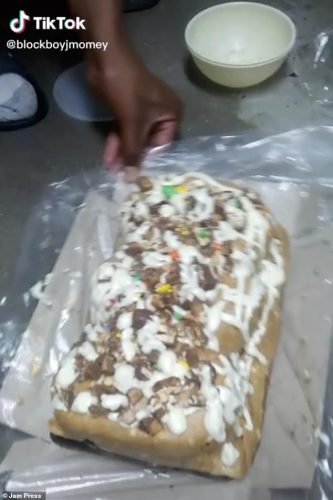 He believes that TikTok could be his chance to make connections with people on the outside. 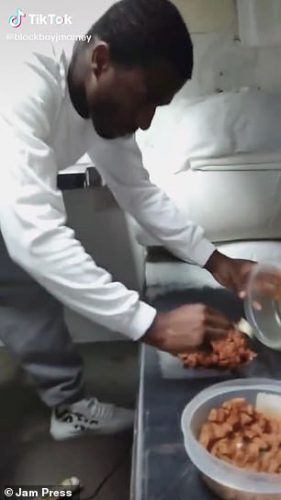 “I don’t want people to look down on us because of the mistakes we made and see that jail is a different place for some people.”