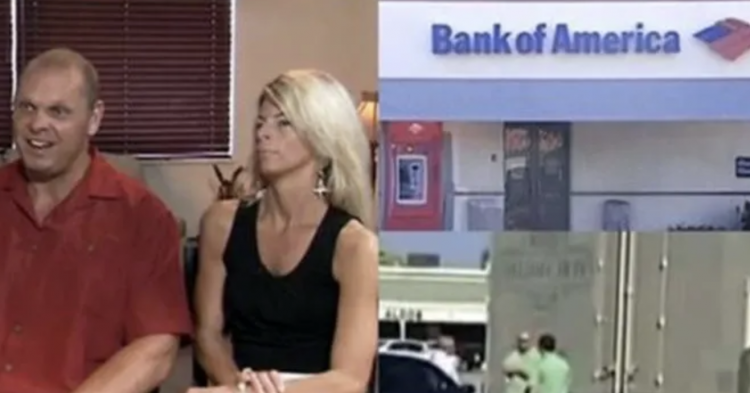 Banks are not known for being kind or compassionate. They’re hard, cold entities that are committed to one thing and one thing only – turning money into more money. However, one Florida couple found themselves facing down with Bank of America after the large bank tried to wrongfully foreclose on their home. When the couple, Warren and Maureen Nyerges, first heard that Bank of America was trying to foreclose on their Collier County home, they knew that they were going to have to dig their heels in and fight the good fight to keep their home out of the hands of the bank.

The Nyerges were fortunate enough to be able to purchase their Florida home with cash. This made it so the bank would not be able to collect thousands of dollars in interest on a mortgage. However, the couple did not easily prove that they were right and Bank of America was wrong. Instead, they were forced to battle the bank for a year and a half until the judge sided with the Nyerges and ordered Bank of America to pay the couple $2,534 in legal fees so the couple would not be out of pocket for all their trouble.

However, Bank of America did not readily fork over the cash. After five months, the couple had still not received their judge-ordered payment. That’s when the couple’s attorney, Todd Allen, decided to use Bank of America’s tactics against them and teach the financial institution a lesson they wouldn’t soon forget.

On May 20, police and moving vans appeared at the bank to legally seize the bank’s assets.

“I instructed the deputy to go in and take desks, computers, copiers, and filing cabinets, including cash in the drawers,” Allen told WINK.

According to Allen, the bank manager locked themselves in their office to keep Allen out while they tried to figure out how to handle the situation that had gotten way out of their control.

“Having two Sheriff’s deputies sitting across your desk and a lawyer standing behind them, demanding whatever assets are in the bank, can be intimidating,” Allen said. “But, so is having your home foreclosed on when it wasn’t right.”

After this stunt, Bank of America paid the couple the money they were owed. No assets were formally seized during the incident, and the bank also issued an apology to the couple for the lengthy delay in the payment process. The bank claimed that the original request for payment was sent to an outside attorney who no longer worked with the bank. In other words, the request for payment simply got lost in an inbox.

“As a foreclosure defense attorney, this is sweet justice,” Allen added.

Fortunately, this couple had the means to be able to take on Bank of America and teach the corporation a lesson. It doesn’t pay to mess with Floridians.