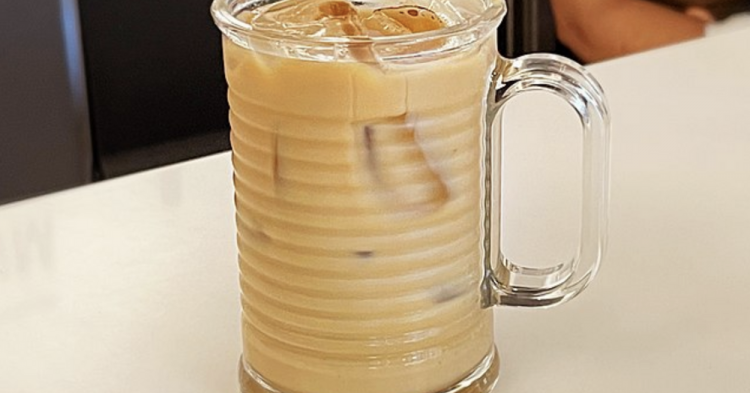 One TikToker has exposed the sneaky practice of one coffee shop chain that upcharges customers when they order a drink with “no ice.” In the TikTok video, user Breakfastat_Tiffanys_ reveals a sneak peek from the drive-thru aisle, zooming into the menu, which lists the $1 extra charge for customers who want their coffee beverage made without ice. One reason that the coffee chain might be charging an additional dollar for drinks without ice is that they need to include more “product” in the cup since ice is not taking up space.

“Saw this yesterday,” the TikTok woman (below) wrote in the video’s caption. “Am I being punked?” 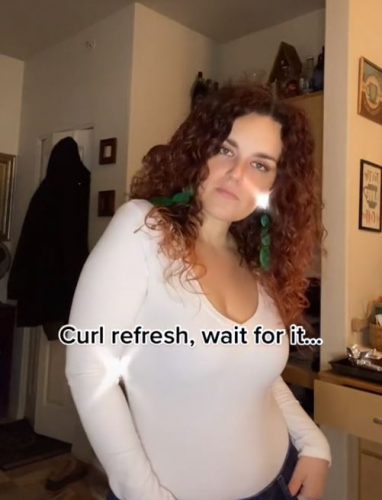 “So you’re going to charge me one dollar for no ice?” the TikTok user said in the video while zooming into the drive-thru menu to show the additional charge.

On-screen captions state, “Do better, Seattle!” and “What the heck?! Am I missing something…”

When her video went viral in a matter of days, she sparked a debate between people. Some customers feel that it makes sense for the coffee chain to charge more for drinks with “no ice,” while other customers feel that the practice was just a “scam” to make more money from thirsty customers who don’t want their cold drinks loaded with lots of ice. 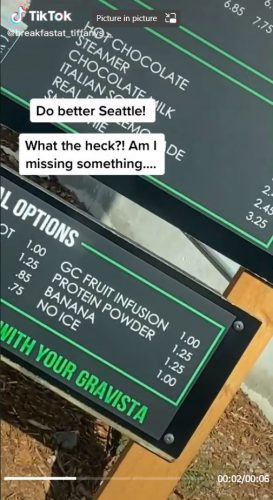 “Makes sense because you’re getting more product,” wrote one person who supported the Seattle coffee shop’s decision to charge an extra buck for customers who order their cold beverages without the typical amount of ice.

“It’s because you’re getting more product. So. Yeah. $1 seems pretty understandable,” another supporter of the capitalist tactic said.

“This is what happens when everyone asks for no ice to get more. They start charging for that little bit more,” one person wrote.

“ice is a filler to give you less than you paid for.”

One person who served drinks to customers at a bar explained their situation when someone asked for their drink without ice.

“Like when I was a bartender. I want no ice! that doesn’t mean more booze.”

Some people found the Seattle coffee shop’s decision to charge customers more for no ice was a scam or a bad business practice.

“All the people in these comments are giving excuses. This is called ripping people off plain and simple,” one furious TikTok user wrote in the comments.

“I think everyone is missing the point. She’s not asking for the drink to be filled up to make up for the space. Just leave the gap. Why is that $1.”

One TikToker came up with a creative way to get the shop to give you your drink without ice while zooming past the shop’s policy of charging more for customers who order their drinks without ice in them.

“Tell them to put the ice in a separate cup then.”

What do you think about this debate? Should the coffee shop charge more for orders without ice?