Entitled Mom Gets Furious When Her Daughter Isn’t Allowed To Pet The Service Dog : AWM 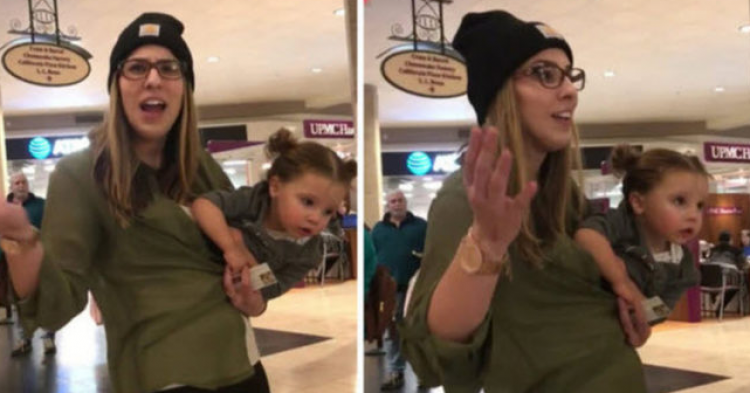 When people see a service dog out in public, most of them understand that the dog is on the job. Because service dogs are working when they’re wearing their vest, people need to respect that and treat them differently than they should other canines. These dogs should not be distracted from the work they are doing because if they are taken away from their owner even for a moment, they could miss a warning sign that would put the life of their handler in jeopardy.

Although the handler met no ill-will toward the mother and her children, the mother took the incident personally. It did not take long for the entitled mother to escalate things and make the incident a lot more aggressive than it ever had to be. The dog’s handler, Megan Stoff, did not mean anything by telling the children not to pet her service dog; she simply could not risk losing the attention of the dog even for a moment.

As the entitle mother raged at Stoff, she took out her camera and started filming. When Stoff shared the video on Facebook, it was viewed more than two million times, which means that a lot of people watched this entitled mother throwing a fit at Stoff, who needed the service dogs for legitimate reasons.

Viewers were alarmed that the mother got so aggressive with the service dog handler. The mother should have known that the service dog was working – it had the official vest on. That alone should have told her that it was no appropriate for her children to pet the dog. Although the vest says, “Do Not Pet,” the entitled mother refused to relent her request to give her children the pleasure of touching Stoff’s service dog.

Not only did the entitled mother harass Stoff’s service dog, but she also threatened to call her lawyer and take legal action against her for recording her outburst on video.

Since the incident got way out of hand, the video was shared to Facebook with the following message:

“Had this crazy experience yesterday at the mall where some lady asked if she could pet the dogs. People ask us all the time, so I just said, ‘No.’ All the dogs are working, so it’s my go-to answer. And they walked away. No big deal, right? This lady went out of her way to come back with her child and yell at us for saying ‘No’ and for not saying, ‘No, I’m sorry. They’re training'”

Although the dog had numerous signs on it alerting the entitle mother to the fact that the pooches should not be pet, she was not happy.

What do you think about this mother’s reaction?