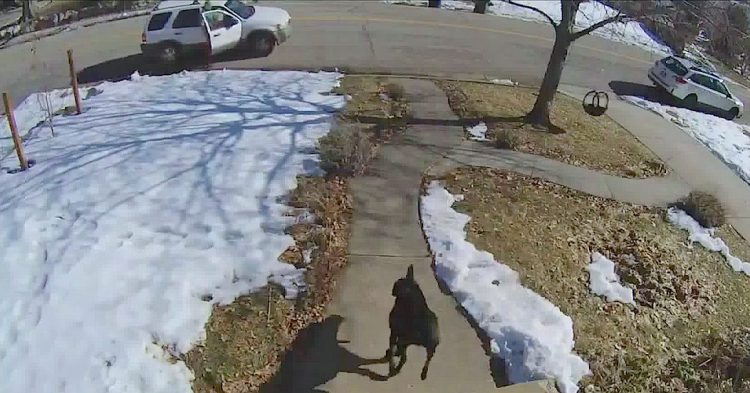 Porch pirates are the scum of the Earth. Because these bottom feeders crawl through neighborhoods looking for packages to steal from people’s porches and decks, they are hoping that they’ll find something valuable inside to sell on the black market. These criminals do not have the courage to break into a person’s home and steal with dignity – no – instead. They scamper around like wraiths hoping to nab a package that contains jewelry or something valuable and not just a new pair of socks or another worthless item.

About one in every three Americans has had a package stolen from their home at least once. And now that more people are ordering delivery during the COVID-19 crisis, porch pirates are out in droves. Because these criminals feel cynical about the government and prefer to make their own way instead of turning to the ample government benefits available to them at this time, the amount of porch pirates, sadly, has probably dramatically increased due to all the online shopping people are doing.

Whitney Cahoon thought that her all-American town of Ogden, Utah was free of porch pirates. She could not have been more wrong. As it turned out, porch pirates not only infested her town, but they were targeted her home as well as the other ones on the street.

Footage from Cahoon’s own doorbell camera shows the moment a “courageous” porch pirate dashes out of his car to steal a package left on Cahoon’s doorstep. The crook nabs the IKEA box that had just been delivered and tries to make it back to his getaway vehicle.

However, Cahoon’s nine-year-old Labrador – Zero – was not going to let this criminal away without a fight. Although the black Lab is usually afraid of everything, he jumped into action when a robbery was taking place.

“He’s scared of everyone and everything,” Cahoon told Live at Five. “I mean dusters, plastic bags, the cats.”

While Zero is usually afraid of things like floating plastic bags and loud noises like a punchy muffler, he bounded into action as soon as he knew that his property was threatened by the porch pirate. The porch pirate did not have a chance against the dog who was willing to do everything within his power to defend his turf.

Although Cahoon thinks of Zero as a coward, he proved his value when it really came down to it. He’s not the goofy dog he appears to be when the pressure is on.

“He went from zero to hero.”

Because Zero dashed toward the crook from his home, the porch pirate was so scared of the dog that he tossed the package back toward the property. Nothing was stolen because Zero was willing to do everything in his power to protect his owner’s property.

Fortunately for this Utah homeowner, her dog was ready to fight for her property. Not everyone is so lucky when it comes to porch pirates. These sleazy criminals try their best to fly under the radar and steal a lot from a lot of people across America – even in so-called “safe” neighborhoods.