First Class Passenger Sees A Soldier Walking Up The Aisle, Denies Her Access To Her Seat 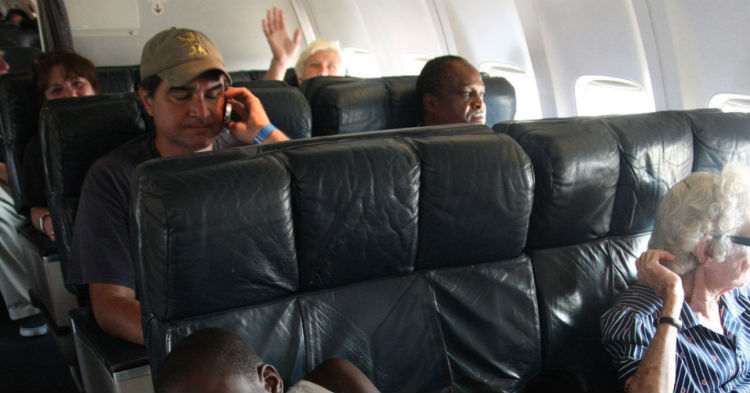 Air travel can be a tiring and trying experience. And while it may save you a lot of money, flying coach is hardly ever a pleasant experience – unless of course the flight is hardly booked and you end up with an entire row to yourself. But if you’re on a full flight, then you have to squeeze into your tiny seat with two people you might not know breathing heavy and sneezing on either side of you.

While boarding most planes, coach passengers have to walk past the first class passengers as they sip champagne and get pampered in their leather seats. It’s easy to feel jealous of their privilege. And because the airline only provides exceptional service to the first class passengers, those in coach get the short end of the stick. With crusty peanuts and sloppy servings of soda, coach has nothing going for it besides saving you some cash.

In the same vein, service men and women may be given special treatment while boarding the plane – but if they didn’t pay for it, they don’t get first class treatment.

But on a recent flight, Jessica Titus, a coach passenger, noticed a man from the first-class section approach a female servicewoman who was walking through “his” section of the plane. He sneered at her then followed her back to coach with his eyes.

Before she could get any further, he stood up and physically blocked her way. This tactic, employed by abusive husbands and boyfriends, shocked the servicewoman. And she immediately put up her defense.

However, the aggressive stranger had an alternative motive. And it was nothing as it seemed. Instead, he offered to trade his first-class seat for her coach one. He wanted the Army servicewoman to be treated like royalty because she had served America in his stead and he wanted to show her his appreciation for that.

Although she hadn’t the money to purchase a first class ticket, the rich man thought she “deserved” to sit in first class more than he did. That’s why he stood up and trade seats with her in front of everyone.

“On my flight Tuesday, I walked down the jetway behind a woman in uniform (Army). A man stood up from his 1st class seat and said, ‘Sorry ma’am, I’m in your seat.’ ‘What does your ticket say?’ He asked. She replied, ‘What? No – I’m 31 B.’ He walked away, leaving her with his first class seat and then took her middle seat in coach.”

In response, Titus wanted to give the generous man a treat for honoring the servicewoman when no one else would. She wrote a short note and then attached a small bill to it to help get him a drink or snack. But the do-gooder refused to take her money.

What do you think about this first-class passenger’s kindness toward our service men and women?