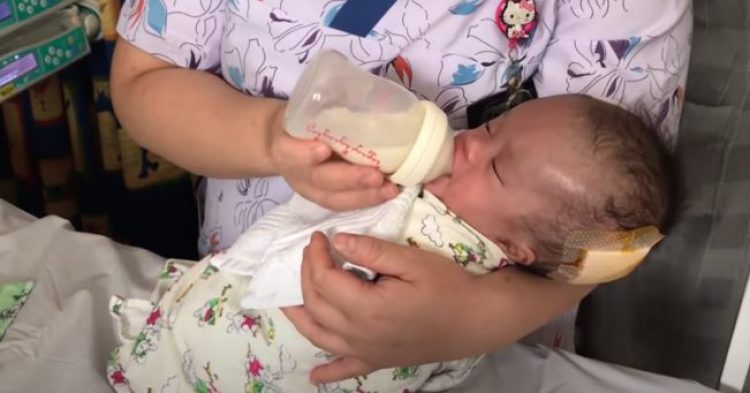 When a tiny baby girl was found abandoned like a piece of trash, no one thought she was going to be able to make a full recovery. She had everything going against her. She was found in a plastic bag that was tied up to a coffee tree. Not only was she packed up in a bag as though she were trash, but she also had a wound on her body – and that wound was infected so badly that maggots were crawling around on the surface of the little girl’s flesh.

Thankfully, a coffee farmer in the Lam Dong Province of Vietnam noticed the abandoned baby while doing rounds on his farmland. He was walking along, checking things out when he heard the sound of a baby crying. That did not make any sense to him since he was all alone, and no one lived nearby. But the sound was distinct – and it was desperate. He was compelled to locate its source and get to the bottom of the reason for the baby’s cries.

The farmer followed the sound. And his curiosity led him to a bag that was tied up on one of his coffee trees. If the bag had somehow come untied from the branch, it would have fallen to the ground and shattered to pieces whatever was inside. And since the cries were coming from the bag tied to the coffee tree, the farmer knew that this was the source of the sound. But he was not prepared for what he would find when he opened the bag to see the source of the cries.

Carefully, he pressed his hand against the bottom of the bag. He felt the warmth of a small human body. The baby squirmed about but was not only enough to move much. The farmer carefully lowered the bag from the branch and then opened it.

Inside, the baby was in turmoil. A stench rose from the bag and assaulted the farmer’s senses. He soon found that it was originating from a wound on the baby’s head. Not only was the child injured, but the wound was infected and swarming with maggots eating the dying flesh on the baby’s head. 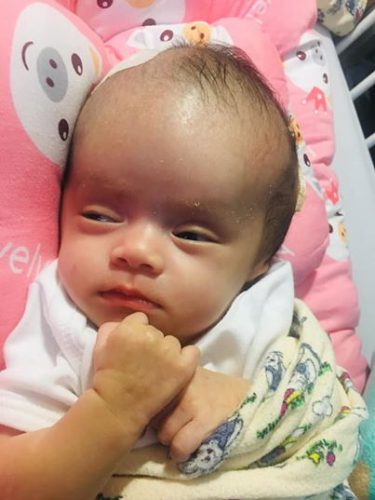 Besides the maggots, the baby was also covered in mosquito bites. Without a doubt, this little child – who was later named Trieu Hoai An – was in pain.

The baby was rushed to the local hospital for treatment. She was in bad condition and in desperate need of help. She was soon diagnosed with a rare condition called hydranencephaly, which affects a baby’s central nervous system and causes symptoms like an enlarged head and blindness.

Doctors estimated that she’d live only a year. 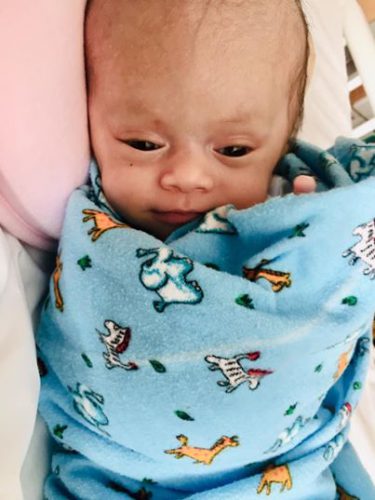 Fortunately, the child was taken under care by the Venerable Minh Tai. She wrote about the experience on Facebook.

“I am Venerable Minh Tai (abbot of Hue Quang Pagoda). If anyone would like to contribute to baby Hoai An’s treatment and is unable to come to see me directly, you may make a money transfer directly to my banking account in Vietnam. My full legal name is Trieu Thi Thien Kim. Below is my bank information in Vietnam.”

Now, the baby is thriving.