Hospital Grants Dying Man’s Last Wish, But Not Everyone Is Happy About It 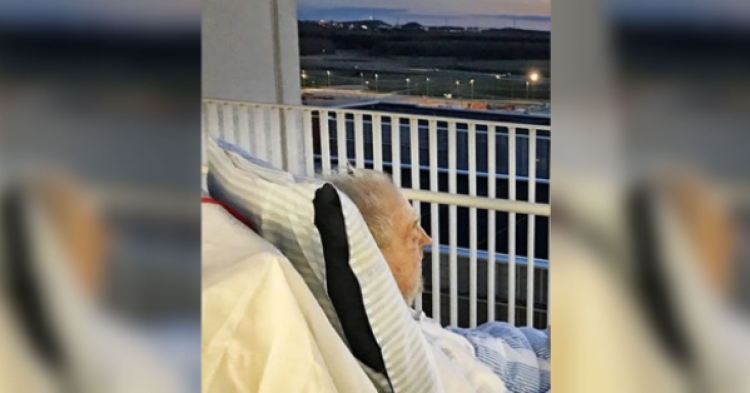 Carsten Hansen didn’t want much once he knew he was going to die. Despite being in the hospital, and receiving top-notch care, Hansen did not have long to live and was going to pass away in short order. Because of this, he put in a request to his nurses to help him achieve one last thing before he passed away – and they helped him do it, but now they’re being criticized for helping the dying man realize his final wish.

Hansen was seventy-five years old when he arrived at the hospital and was told that he was not going to survive. Because he knew his life was ending, he asked the nurses if he could do one final thing while he was still alive. Hansen wanted to sit on the deck and watch the sunset while enjoying a hot cigarette and a cold glass of white wine. 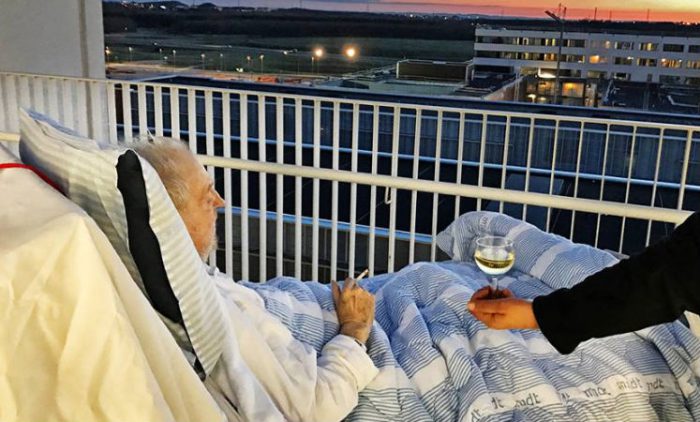 Hansen was staying at a hospital in Denmark where he had been admitted since April. He suffered a ruptured aortic aneurysm and had to go through medical procedures and surgeries in order for the doctors to try to save his life. Unfortunately, the seventy-five-year-old man was already too far gone and could not be saved.

As it turned out, Hansen was too sick to get the surgery he needed in order to beat the ruptured aortic aneurysm. Doctors feared that Hansen would not survive more than a few hours if he underwent surgery because of the high risk of internal bleeding that came as a result of the aneurysm.

With only a few hours to live, Hansen knew exactly how he wanted to spend his time. He asked the Danish nurses to give him a cold glass of wine, a cigarette, and a great view so he could enjoy his final sunset in peace. They obliged his requests and even snapped a photo of the dying man enjoying his final wish in life.

At first, the nurse was able to bring Hansen out to the balcony and give him a glass of white wine. However, the cigarette was a lot harder to procure since the hospital upheld a strict “no smoking” policy. However, Hansen’s nurse, Rikki Kvist, knew that her patient was not going to live much longer, so she decided to break the rules and get him a cigarette.

In the end, Hansen got what he wanted and was able to watch the sunset with some family members. It was as good of an ending to his life as he could have hoped for.

Kvist said to the Telegraph, “We made sure that the environment was as relaxed and cozy as possible. Of course, there were some of his relatives who were affected by the fact that he was going to die, and they were visibly sad. However, the environment was really cozy, and there was a lot of humor as well.”

What do you think about this man’s dying wish and the nurse that helped make it happen?