I Can’t Stop Looking At This Cat’s Amazing Eyes. 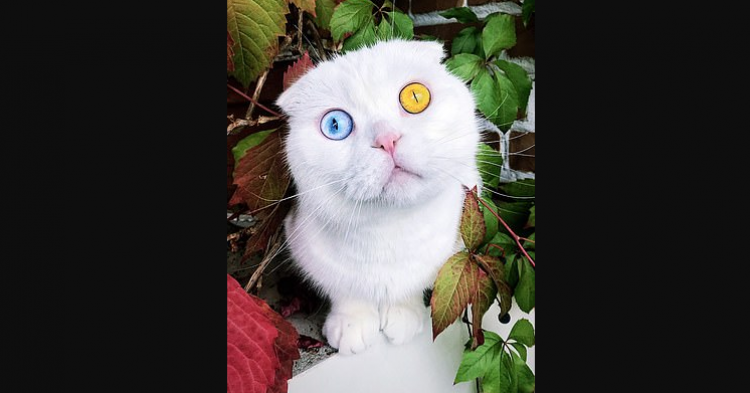 There’s a new cat in the running for the internet’s favorite feline. The little white cat is a Scottish Fold cat named Joseph, who is just two-years-old. And while Joseph may look like a normal cat from behind, his two eyes are some of the most beautiful you’ll ever see in a cat. One eye is blue, and the other is Halloween yellow. Because of Joseph’s unique eye color, the cat’s breeder was struggling to find an owner to adopt him for five months – and now his new owner, 29-year-old Evgenii Petrov, from Saint Petersburg, Russia says that Joseph is the love of his life.

When Petrov first saw Joseph the cat with two eye colors, he “didn’t believe he was real.” The color of the cat’s eyes is so strikingly beautiful that they do seem to be fake contact lenses or something.

Because Petrov wanted a very specific type of cat to take home with himself, he didn’t think it was going to happen for him. He almost “lost hope” during his search for the perfect feline, but “it was love at first sight” when he saw the cat with two eye colors.

Joseph has an eye condition called heterochromia. But the condition is not serious and does not cause any health complications. It’s just a unique feature that makes Petrov feel lucky to be a cat owner.

“Heterochromia is a rare condition, especially in Scottish Fold cats,” he said. “The cat still has sharp sight, though; he just looks different.” 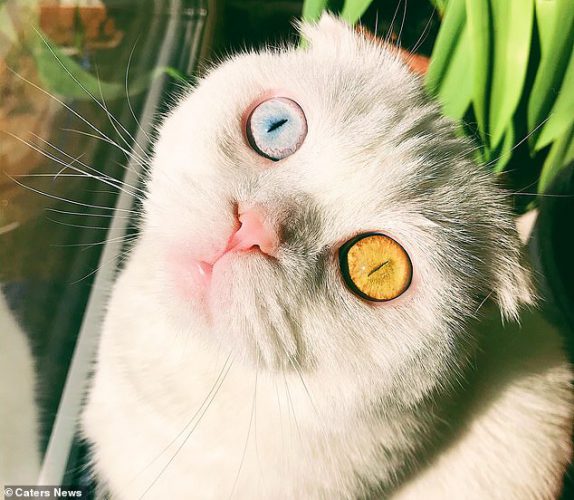 The Scottish Fold is a cat breed that has a dominant-gene mutation that affects the cat’s cartilage. This change causes the cat’s ears to fold over. They’re also known to be gentle and intelligent. And they’re also good at adapting and adjusting to changing situations – unlike most felines. And they’re not the type of cats that just hide under the couch all day. They’re affectionate and loving.

As images of Joseph have been shared online, people have been expressing how amazingly beautiful they find the feline’s eyes. And Petrov could not agree more. 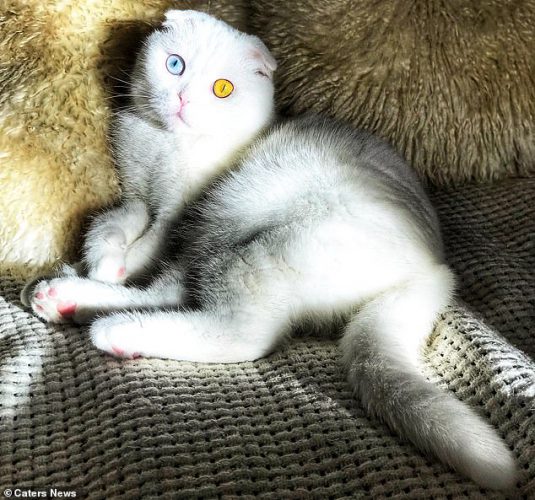 “He is stunning!” one person wrote.

Another added, “Those eyes are gorgeous!”

Readers on Daily Mail also had a lot of comments to contribute about the cat with two eye colors. 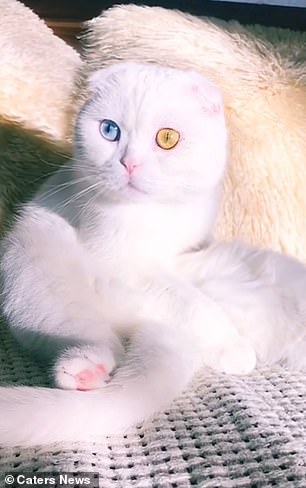 “I can’t believe he wasn’t the first choice for cat lovers. Well, he has the right owner now who evidently loves him. He’s just beautiful. Love cats.”

“He’s gorgeous. I’ve seen other cats with eyes of different colors, but he do seem incredibly striking. He would probably be listed for several hundreds of pounds in the UK!!” 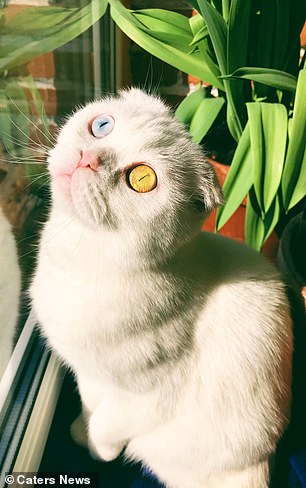 “What a beautiful cat! Gorgeous! Animal pictures always make me happy and smiling!”

What do you think about this cat’s eyes? Would you adopt a cat that had this genetic defect?