Little Girl Sends A Letter To Her Mailman, Then Gets Shocked By The Response 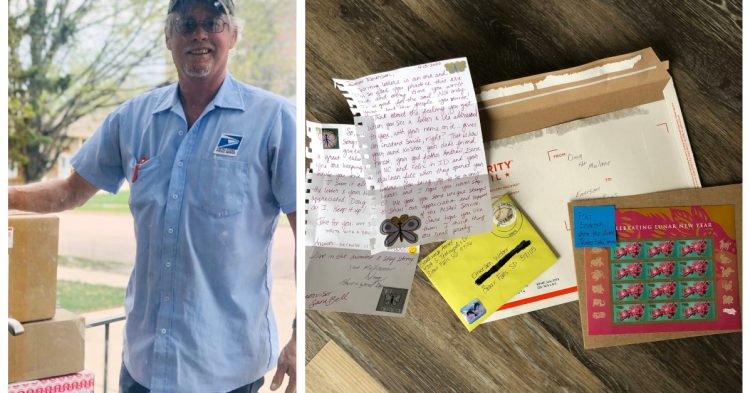 When an eleven-year-old girl wanted to show appreciation to one person who helped make her life better, she got down to business and wrote her United States Postal Service letter carrier a warm letter of gratitude. According to Hugh Weber, her father, 11-year-old Emerson, has developed “a serious letter writing habit.” This means that Emerson makes time to write handwritten letters to “a dozen of her favorite people,” including the letter carrier who helps keep her household running.

Whenever Emerson takes time to write a letter to someone, it always makes the recipient feel very special. Emerson pours her heart and soul into her letters, holding nothing back. And since she’s an eleven-year-old girl, her innocence and love for life shine through like nothing else. 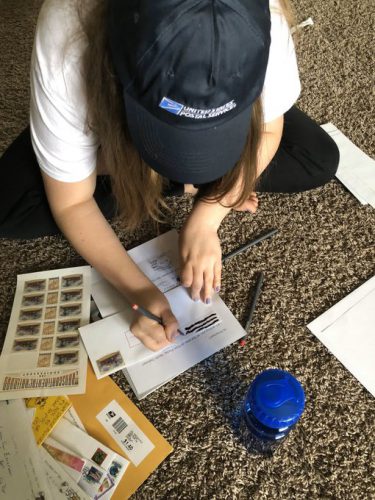 Hugh Weber said, “A letter from Emerson is likely to include some art, a joke or two, a mention of her younger brother, confessions of her love for Taylor Swift and enough questions to guarantee a response.”

And when Emerson wrote a letter that had a big response, Hugh decided to share the accomplishment with his fans on Twitter.

“So, when she decided to thank our mail carrier for the service he provides us, she left nothing out. In went Taylor Swift, in went the little brother, in went the jokes. Q: Why do you never see elephants hiding in trees? A: Because they’re really good at it.” 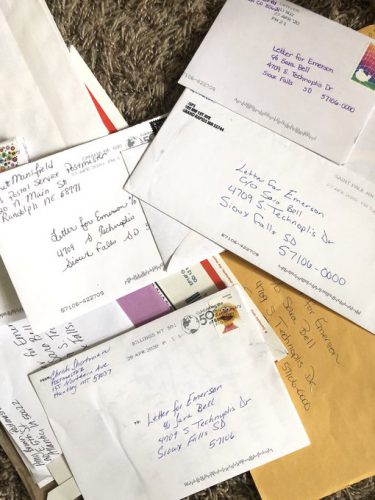 Hugh went on to describe the contents of Emerson’s letter, which included:

“I’m Emerson. You may know me as the person that lives here that writes a lot of letters & decorated the envelopes. Well, I wanted to thank you for taking my letters and delivering them. You are very important to me. I make people happy with my letters, but you do too.

She continued, “The reason you are very important in my life is that I don’t have a phone, so how else am I supposed to stay in touch with my friends? You make it possible!”

After Emerson dropped the letter into the mailbox, she was so excited. Two days later, she received some letters. 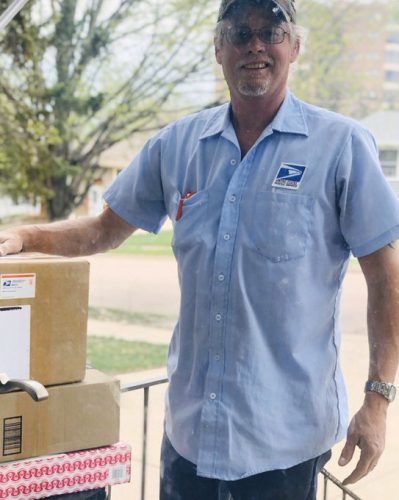 “This is when things get interesting. The next week, we got a letter address to ‘Mr and Mrs. Weber.’ It seems that Sara had shared Em’s note as a ‘Token of Thanks’ in the internal newsletter for the Western US, and there were some postal folks that wanted to thank her.”

Hugh added, “We saw Doug getting out of the truck with two BOXES of letters from around the country. We snapped a quick photo through the door as he and Emerson met for the first time. It was a beautiful moment on silent reciprocity.”

Now Emerson is a bit hit. 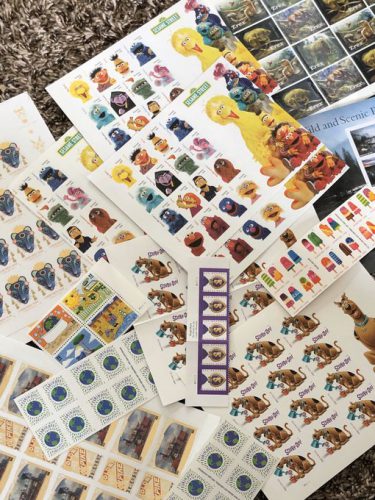 Hugh wrote: “With dozens of new pen-pals, Em did what she does best. She wrote the dad. She wrote to his son. She assured the secret swifties not to be embarrassed because her dad likes TSwift, too. She acknowledged that there WERE a lot of letters but that she had time. She sees them all.”