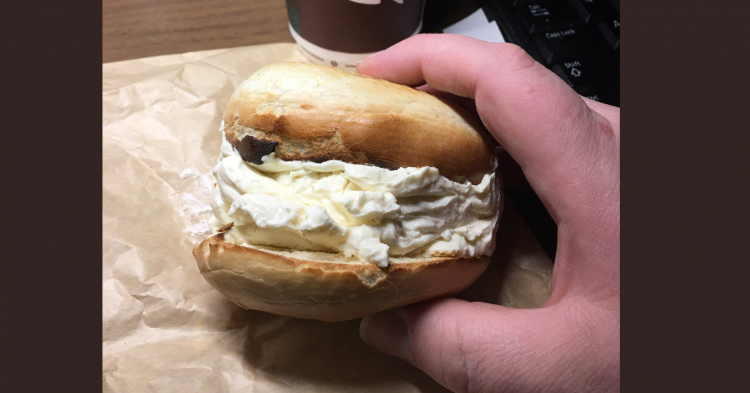 If you’re in Canada and decided to stop by a McDonald’s restaurant, you better be careful if you ever ask for “extra cream cheese.” One Canadian man has thrown the internet into a frenzy after describing his experience after doing this exact thing. Because Bryan Passifume, who works as a reporter for the Toronto Sun, decided to ask for “extra cream cheese” with his order, the McDonald’s worker decided to do something that left Bryan with a “monstrosity.”

During a viral post to Twitter, Bryan shared the “monstrosity” that he received as a breakfast sandwich after visiting the Canadian McDonald’s location. Because he had asked for “extra cream cheese,” the person working at the fast-food joint took the word “extra” to a whole new level – and gave Bryan more than ever could have dreamed for. 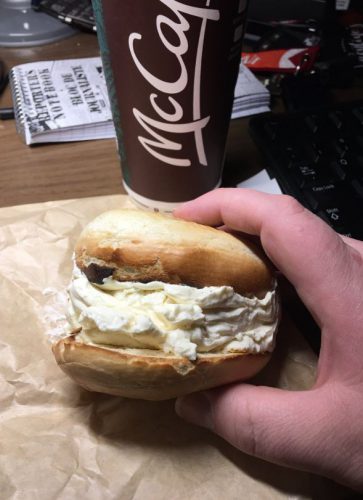 In a Twitter series with in-depth photographs of the “monstrosity” that he received from the Canadian McDonald’s location, he wrote: “LOL, what the hell?” He then shared more and more images because they were just so popular with his following. They received more than 13,000 likes on the Trump’s preferred social media platform.

“I ordered extra cream cheese as they usually just apply it like butter, but this is clearly just an exercise in passive-aggressiveness. How do I possibly eat this?” 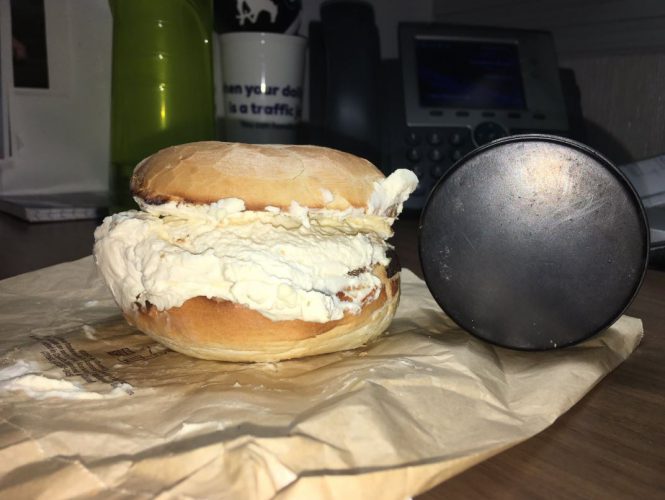 Because the Canadian wanted a good amount of cream cheese between the two halves of his bagel, he decided to ask for a little extra. Instead, the McDonald’s employee gave him what might be nearing a quarter pound of the stuff.

Because Byran Passifume wanted to milk the viral moment for all it was worth, he shared images of the bagel sandwich next to things in his office, including a Geiger counter and a toy football. He wanted to use these objects as a scale to show his fans just how much cream cheese McDonald’s gave him when he asked for extra.

“Almost as girthy as a regulation NHL hockey puck,” he wrote in a tweet. He also photographed the sandwich next to a lottery ticket for some reason. 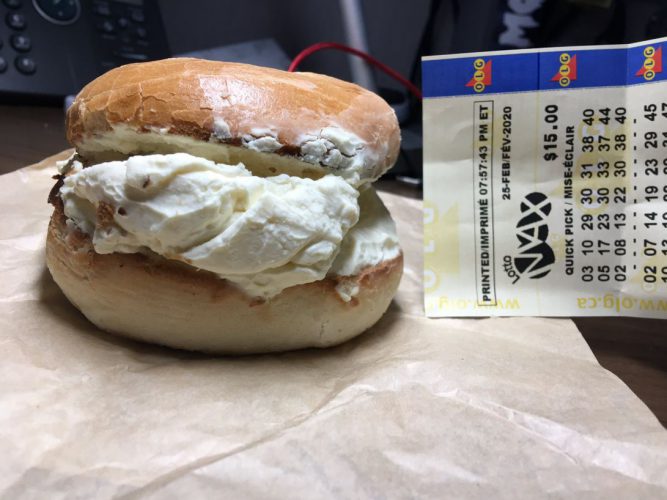 Before long, the McDonald’s mistake was nicknamed the McMonstrosity – someone must have been dying to bring that name into the public sphere.

Instead of eating the bagel sandwich, he saved it so he could compare it to the one he ordered from the same McDonald’s restaurant the next morning. Then he snapped a photo of the two sandwiches next to each other.

“Here’s yesterday’s McMonstrosity next to today’s offering. As you can see the cream cheese had yellowed and crusted overnight, and the bagel has shriveled. It’ll probably end up in the trash, or I’ll pretend to compost it.” 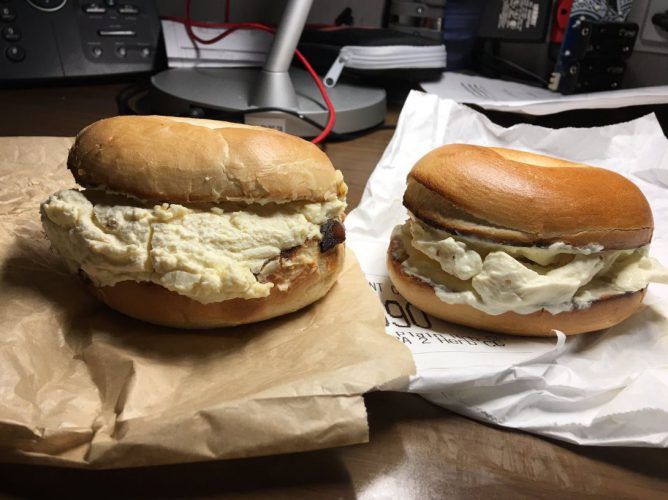 The reporter kept pushing the envelope to get more people to pay attention to him – and it worked. People reacted.

“Just looking at it makes me want to throw up,” one person wrote.

Another wrote, “I can’t get Big Mac sauce on my cheeseburger, and this guy got $300 worth of cream cheese on one bagel!”

What do you think about Canada’s McMonstrosity?