Man Comes Home To Find 1000 Onions At His Door. Then He Sees The Note 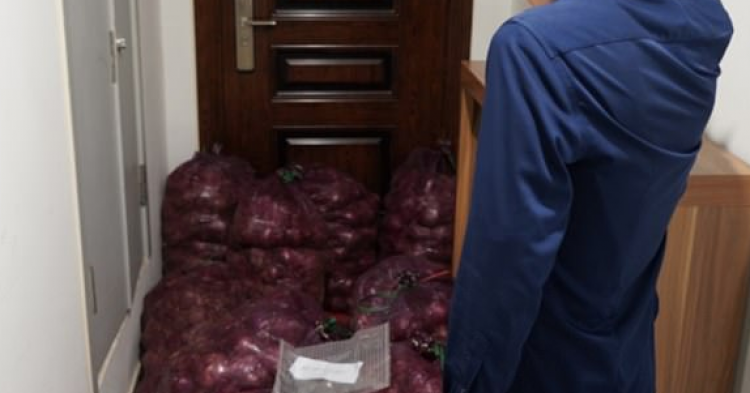 When a man came home, he found more than 1,000 onions stacked up in front of his door. Not only did the products smell pungent, but it blocked his way from getting into his home. As it turned out, the man had been caught cheating on his girlfriend. In a creative way, for her to get revenge on him for being unfaithful, she ordered delivery of a ton of onions to “make him cry as much as I did” during the breakup.

Because the woman was so heartbroken that her boyfriend betrayed her, she ordered a ton of onions to make him cry as she cried after learning the truth about his unfaithfulness. The ex-girlfriend, who is known only by her surname Zhao felt that the onion delivery was the perfect way to get back at her ex-lover. 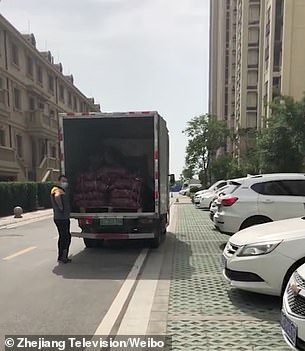 Although Zhao’s former boyfriend claimed that he ended things with her because “she was very dramatic,” she decided to take that statement to the next level and show him what real drama as like. So she delivered a thousand onions to his door to make him pay for what he did to her. It was pungent revenge.

Because Zhao learned that her former lover did not care that their relationship ended – while she was crying for three days straight – she decided that this creative form of revenge was in order.

She decided that since she “cried for three days,” the delivery of onions would keep tears rolling down his cheeks for just as many days, if not longer.

Footage posted to social media showed the truck loaded with onions dropping off the payload at the compound in Zibo, Shandong in eastern China. The onion delivery was made on Saturday. 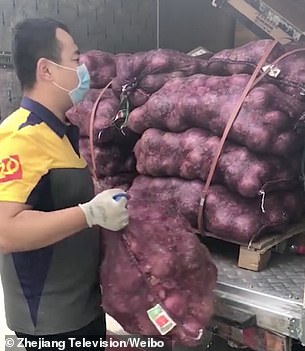 The order for the onions was quite clear. And because the delivery drivers do their best to complete every order as described, they did not hesitate to “just dump the onions at the front door” as Zhao ordered.

The delivery driver spent four hours delivering the onions bag by bag from the back of the truck to the ex-lover’s front door. With so many onions on the ground, it was clear that the man would take a long time crying over the onions as he cleaned them up to make way into his home.

Zhao knew she had to make her ex-boyfriend suffer once she heard the gossip from her friends. 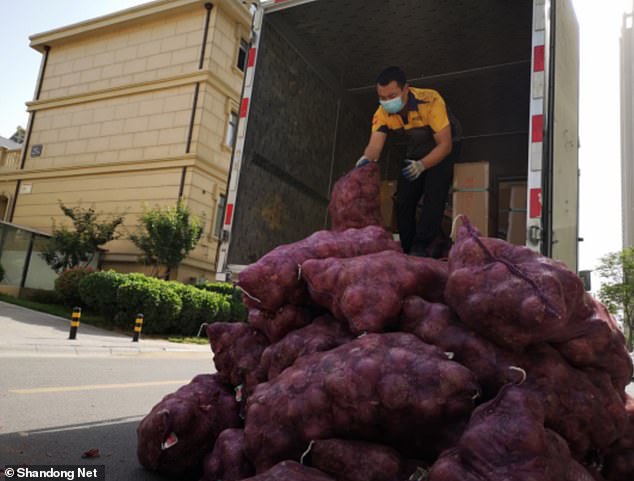 “I heard from my friends that he was not upset at all after breaking up [with me],” Zhao told reporters. “I spent three days at home, crying. I was so heartbroken. So, I ordered a ton of onions to his home. I’ve got money,’ said the ex-girlfriend. ‘I wanted him to know the taste of tears.”

The man who got the load of onions told Shandong Net that he broke up with “Zhao” because of her “over-the-top behaviors.” And this shows that he might not have been wrong.

“My ex-girlfriend was very dramatic. She is telling everyone that I haven’t shed one tear since our breakup,” he added. “Am I a bad person for simply not crying?”