Mom Fell Asleep At The Wheel. Moments Later, Her 5-Year-Old Child Saves Everyone. 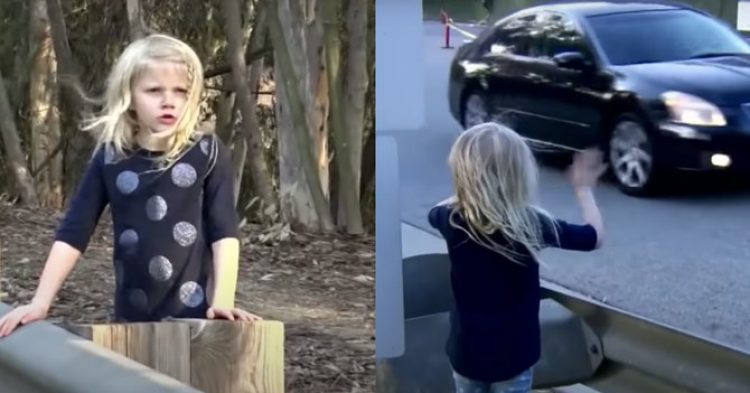 Alexis Shymanski knew that something was wrong when her mother would not respond. However, since Alexis, who also likes to go by Lexi, was strapped in her car seat, she didn’t have a way to get her mother’s attention. Because her mother was not responding to her screams, it was clear to Lexi that if she wanted to prevent the family car from crashing, she had to do something brave – and she wasted no time making that happen.

As it turned out, Lexi’s mother had fallen asleep at the wheel while driving back to the family home in Prince George, British Columbia, last summer. Because her mother was snoozing at the wheel, Lexi’s mom drove the car off a twenty-four-foot embankment, smashing the car into a tree. But the damage was only just getting started. The car rolled over and stopped on its roof. 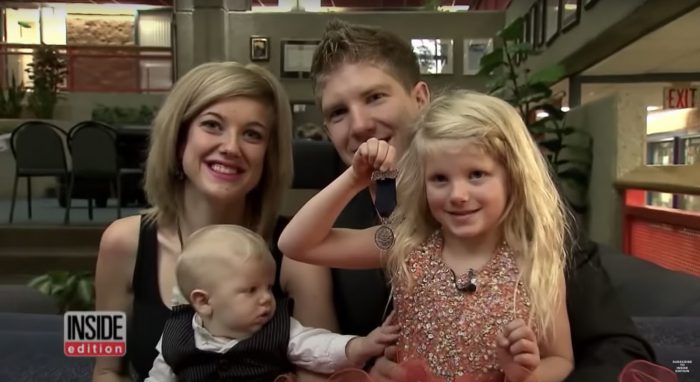 The crash was violent and alarming. Lexi awoke from the devastation to her little brother’s cries. At the time of the crash, the baby was just ten-weeks old. And since Lexi’s mom was still unconscious, it was up to the five-year-old girl to save everyone’s life.

Lexi tried to wake her mother first. But her mom just wasn’t waking up from her deep slumber. Although the car had rolled over, the snores just kept on coming.

Instead of waiting for her mother to come to, Lexi undid her five-point seat belt and freed herself. She then used her brain and broke open the jammed door and climbed to her feet outside of the damaged vehicle. 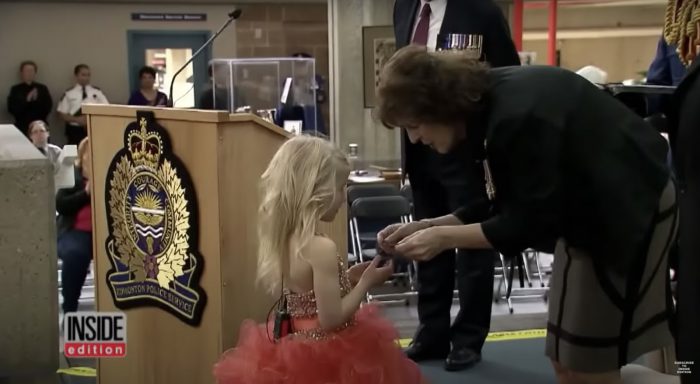 Because she was too young and too small to pull her mother and baby brother from the smashed up vehicle, she climbed up the steep embankment and got the attention of a passing motorist. Before long, she was bringing help down to her family in the car.

Her mother was found to be in bad shape. She had to be resuscitated twice and was rushed to a hospital in Edmonton. She had broken her back and suffered from internal injuries. Surgeons had to work hard to bring the sleepy mother back to good health.

Lexi’s little brother was badly hurt, too. He stayed in the hospital for six days under close observation by doctors.

Because Lexi did such a good job that day on the road, she was invited to the Edmonton police headquarters, where the Royal Canadian Humane Association wanted to present her with an award. 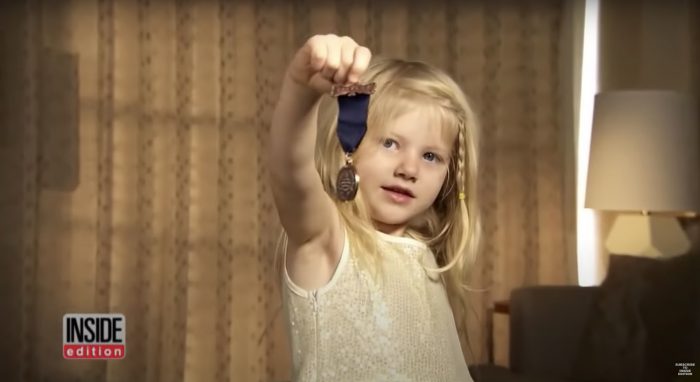 “Her heroic efforts certainly saved her mother’s and brother’s life,” the association said as they awarded Lexi a Bronze Medal for Bravery.

A few months before the crash, Lexi’s parents happened to teach her what to do in case of an emergency. If they hadn’t done this, Lexi might not have been able to save her mother or her baby brother.

Travis Shymanski, Lexi’s father, could not have been prouder. But the situation was also a wake-up call to his family. Now he wants other families to be prepared.

“Prepare your kids. Don’t try and shelter them from anything. It’s impressive what they can do and what they retain from the little bit of information that you give them.”