Mom Gets Slammed For Sharing A “Disgusting” Photo Of Her Pet 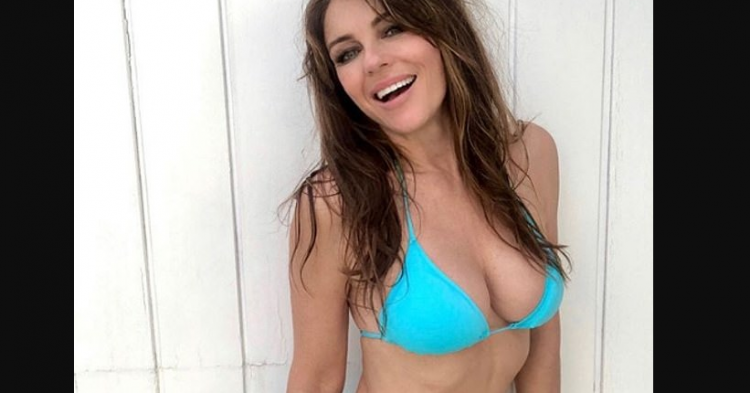 Although Elizabeth Hurley, 54, has not been in many movies lately, she has been keeping her fans on social media entertained with alluring pictures of herself as well as insights into her life at home. But on Wednesday, the British star might have gone too far when she posted an image of her 16-year-old cat killing an adorable rabbit as the cat prowls Hurley’s lettuce patch looking for rodents like the rabbit to kill.

Hurley claimed that her “beastly” cat, who is sixteen-years-old, still has its killer instinct as he fought to protect Hurley’s lettuce patch. The 54-year-old model and actress named the cat Mitzi and wrote the following to caption the action photo she captured in her yard. 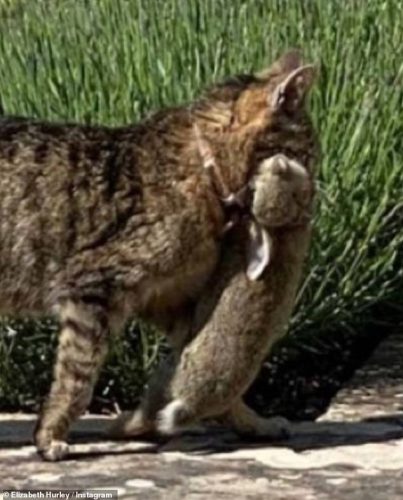 “Mitzi is 16-years-old and still at it… beastly cat (but my lettuces happy).”

Over the years, Mitzi has been a regular on the actress’s Instagram page, which explains why some fans are so surprised to see the cat’s killer instinct coming out in this violent way. Besides the cat, Hurley also has her black Spaniels, who are named Mia and Ava. Because she loves her pets, she often shares snaps of herself with her pets. 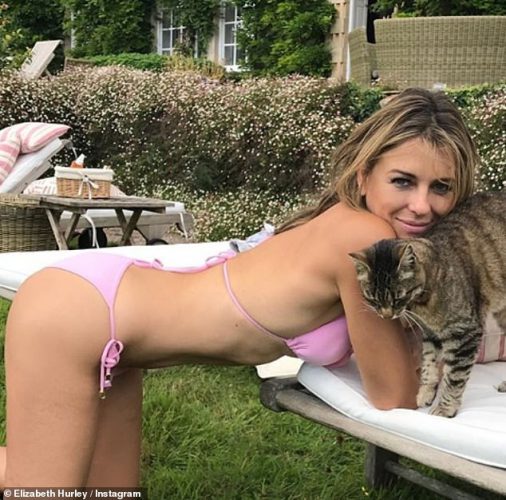 Back in 2016, Hurley turned to social media to express how she was missing her beloved Bengal cat, Mr. Mew. She shared her heart with her fans and clarified that she really wanted to get him back if possible.

“My beautiful Mr. Mew is missing. He’s a small Bengal and very friendly. My son and I are devastated. We live near Donnington in Herefordshire.”

As fate would have it, Mr. Mew was actually found and returned to Elizabeth Hurley six months after he first went missing. He had escaped from her property while she had been in India to celebrate the New Year. A reward was offered to the person who was able to find Mr. Mew and reunited him with her. Both Hurley and her son were delighted to know that someone was able to find Mr. Mew and bring him back to his home where he belonged. 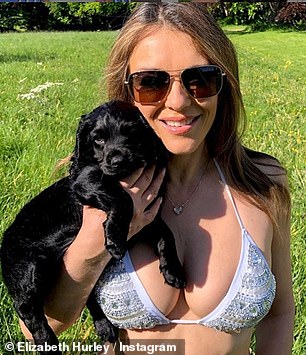 “Please look out for him if you live locally. Big reward for his safe return,” Hurley offered at the time.

When someone brought Mr. Mew back to Hurley, she posted about it on Instagram with a closeup picture of the cat. 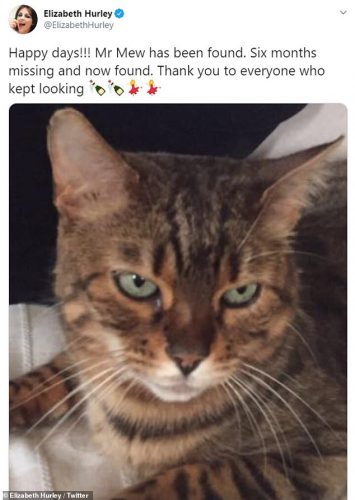 “The dogs have never had it so good- full time, full-on love & cuddles.”

During the coronavirus lockdown, Hurley has been isolating with her son, Damian, and her mother, 80-year-old Angela. She is also living with her elderly aunt and a close friend, who was considered to be at high risk. 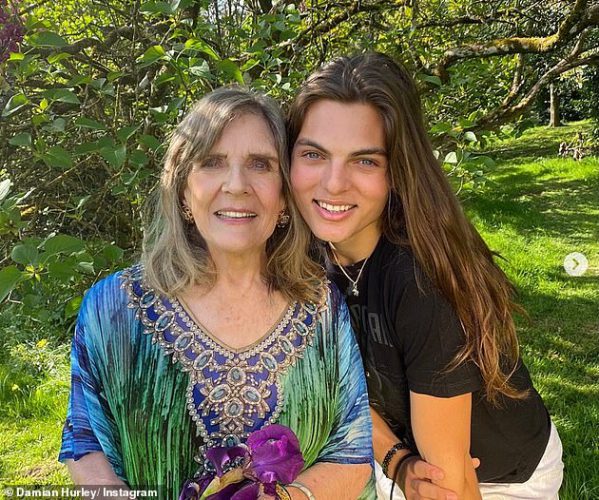 “In these scary times, I feel incredibly lucky to live in the countryside and have lots of outside space,” she said. “As well as my son, I have seven other people living with me, including my 79-year-old mother and her sister- also in her late 70’s- and one of my best friends who is in the highest risk group with severe respiratory problems. Keeping everyone as safe as possible (and fed) is a full-time job. We all are full of the highest admiration for our wonderful NHS staff and are doing everything we can to not add to their burden.”