Mom Got Addicted To Eating Baby Powder And She Has Spent $10,000 On It So Far 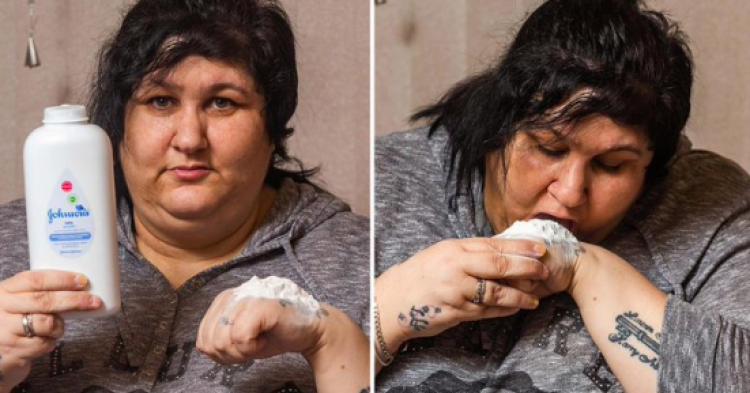 If there’s one thing that smells like babies, it is baby powder – especially the variety sold by Johnson and Johnson. The product – which may cause cancer – has a smell about it that is relaxing and calming. But for one 44-year-old mother, her addiction to baby powder has a different side to it. Apparently, this British mother of five adores baby powder so much that she devours it off the back of her hand every thirty minutes.

While this mother certainly has a bizarre addiction to the substance – she estimates that she has spent at least $10,000 on the product so she can eat it – it is also a mental health condition. Lisa Anderson, 44, lives in England and consumes about 200 grams of baby powder every day. She’s been scarfing down the stuff for the past fifteen years and considers it her guilty pleasure – although she’s actually more proud of the bizarre habit than you would think. 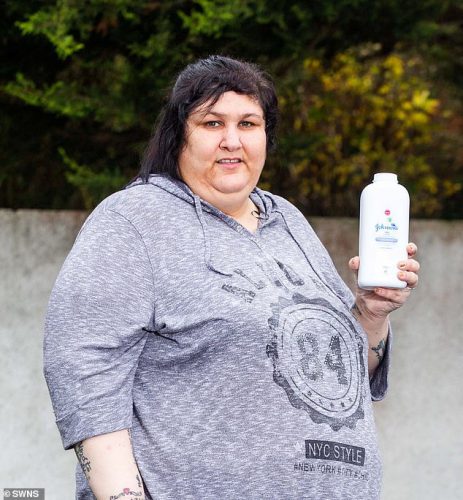 The longest that Anderson has gone with consuming talcum powder in the fifteen years since she’s developed the habit was just two days. Not only does she eat the stuff off the back of her hand every thirty minutes, she’ll wake up in the middle of the night to consume talcum powder. She’d rather lose sleep than skip out on a chance to devour Johnson’s Baby Powder.

For the first decade, she kept her addiction secret. She hid it from her ex-partner before revealing it. The person would often question her as to why she would sneak off to the bathroom so often. She was running in there to eat the baby powder. 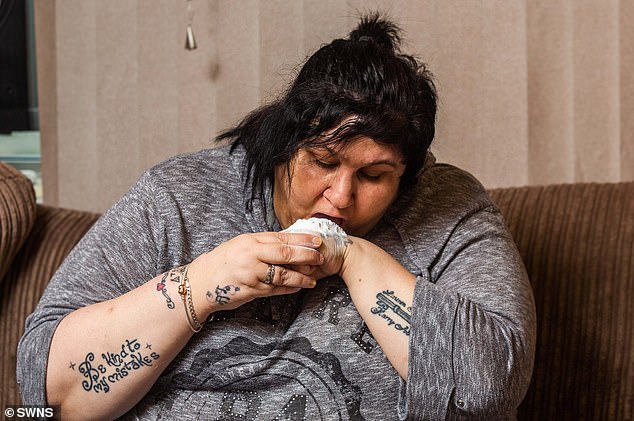 She’s since sought professional help for her eating disorder. Her disorder is characterized by the compulsion to consume non-food items, such as paint, dust and dirt. It’s something that happens to some people. Chalk and talcum powder is a common item for people with this problem.

Baby powder is poisoning when it is inhaled or consumed. Not only are their cancer concerns over the product, but Anderson cannot help but eat it. She doesn’t care if it is dangerous for her and her body. She would rather feel the rush of its taste on her tongue than protect her health. 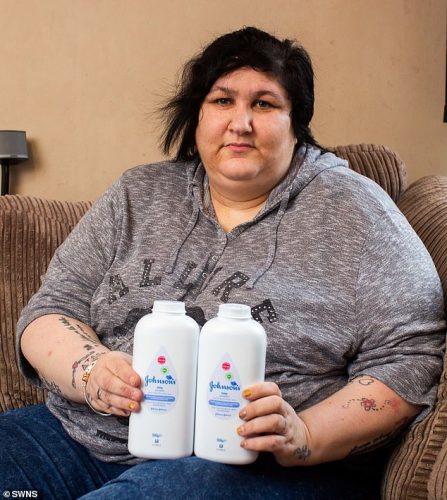 “I do get it’s a bit weird – but it just has this nice soapy taste. I can get through a 200g bottle in a day but the bigger ones I get through about one-and-a-half a week. I remember getting really drawn to its smell. Now I can’t do without it. I go up and get some every half an hour. I can’t really go for half an hour without it. The longest I’ve been without it is two days. That was the worst time of my life. I hated it.”

She’s always had the product at home, which makes it easy for her to indulge. 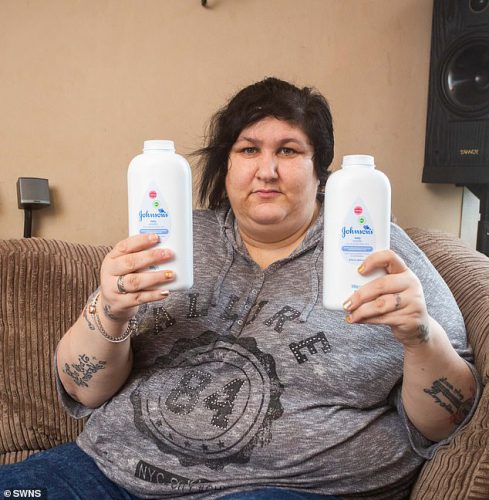 “I’ve always had it [talcum powder] in the house and would douse myself with it after having a bath or shower. I’d use it on the kids after giving them a wash, no problem. And then one day I remember being in the bathroom and the smell was just overpowering. There was a bit of dust that had come off the top of the bottle. I had this sudden urge to eat it, and I just couldn’t fight it. I just licked it off my hand and really enjoyed it. It just hit this spot. It satisfied a craving I never knew I had.”