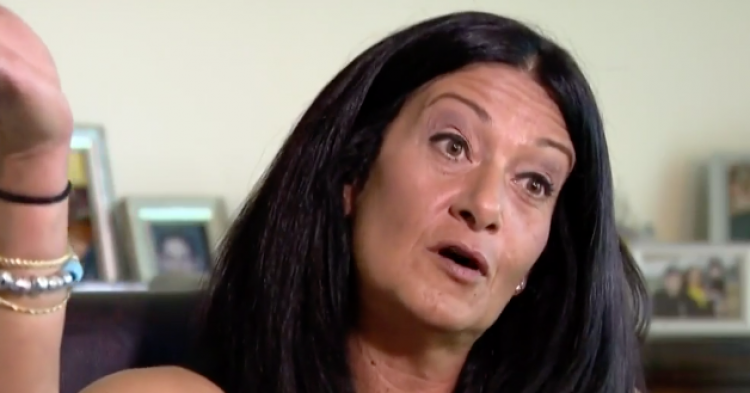 When Leyla Durmus lost her 21-year-old son Kaya to an opioid overdose in 2016, she felt that life as she knew it was over. Because she loved her son more than anything, she did everything in her power to get her son buried at the beautiful Memory Gardens Cemetery in Arlington Heights, Illinois. As a dedicated mother, Leyla would visit her son’s gravesite every single day.

Not only does Leyla visit her son’s burial site every single day, but she also worked to raise awareness around opioid addiction and the disastrous effects it can have on everyone of every age and their family members. However, an unexpected issue has distracted Leyla from her dedicated work to raising awareness around opioid addiction and the dangers associated with it – especially overdose.

While visiting her son’s gravesite one day, Leyla came across a garish flyer inviting people to attend a social gathering at the cemetery. The cemetery was planning to host a screening of Raiders of the Lost Arc on a Saturday night. The event was such a happy affair that Leyla found it offensive that people would be gathering to watch Indiana Jones go on an adventure into unknown territory only a few feet from her son’s grave.

The cemetery was hosting the movie screening in an open field. That was not what upset Leyla. What outraged her was that the screening would be hosted within view of dead people’s resting places, including her son’s. She felt that her beloved son deserved more respect than to have people watching a movie within a few yards of where he was laid down to rest for eternity.

Leyla did not hesitate to express her outrage with the cemetery. She not only found the movie screening event to be inappropriate; she believed it was “disgusting” and “very disrespectful to me as a grieving mother.”

Since she had dedicated her life to raising awareness around opioid addiction and the dangers of drug overdoses, she felt she was in the perfect position to protest the cemetery’s movie screening and to make sure people were aware that it offended her.

“Why, of all places, would a movie screening be held at a cemetery?” she thought.

Memory Gardens shot back with a rebuttal to Leyla’s cry of outrage. They declared that the fun movie night was meant to “serve as a gathering place and foster a sense of community.” It was in place to give grieving people a chance to connect and to add some levity to their lives. And since they were not hosting the movie screening on the graves of the deceased, they felt that they were not disrespectful.

But Leyla was not about to give up her fight. Now her story has been picked up by CBS Chicago, and everyone has heard what she has to say.

You can hear from Leyla and learn about her mission to raise awareness around opioid addiction and drug overdoses. She is doing good work and is dedicated to her continued effort to support people in need despite the cemetery’s effort to host an event to bring the community together around “fun.”