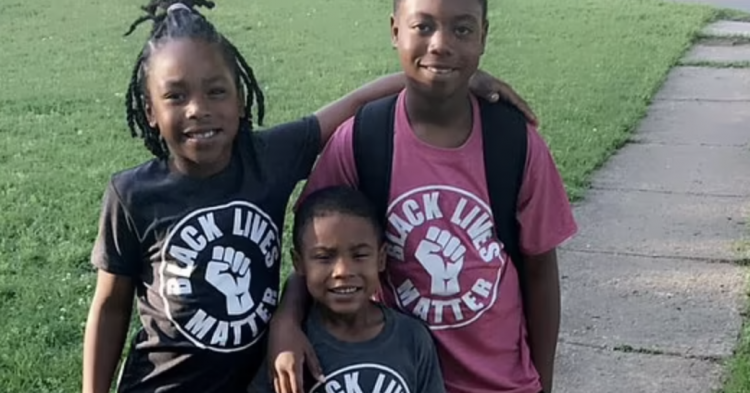 Two Oklahoma boys were kicked out of school because they showed up to class with Black Lives Matter t-shirts. The children, ages eight and five, were booted from the school, and the administration told their mother that the children were not allowed to wear “political” t-shirts per the school’s decision after the George Floyd case. The children, Bentlee and Rodney, attend different schools in Ardmore, Oklahoma, but were both removed from class and forced to sit in the school office all day while other children received their education because of the BLM shirts. 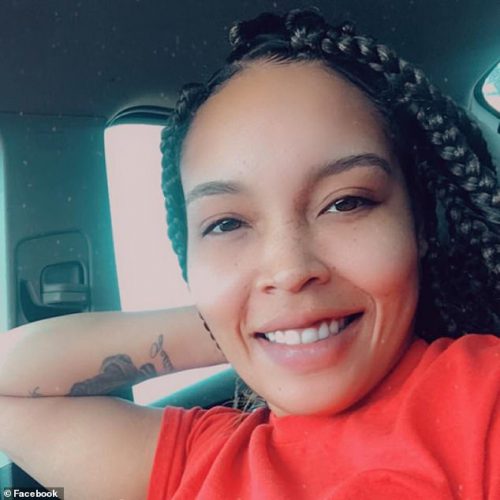 In discussion with the New York Times, Herbert clarified that Bentlee, her middle child, previously wore the BLM shirt to school on April 30 at Charles Evans Elementary, where he was forced to turn the shirt inside out because the school did not approve of the shirt’s political message.

Herbert asked the school principal to point to the dress code policy that her son had violated. The principal was not able to do that. According to the school district dress code policy, “sayings or logos” need to be “in good taste and school appropriate.” The policy also states that “clothing or apparel that disrupts the learning process is prohibited.” However, the policy states nothing about banning clothes that are deemed too political for class. 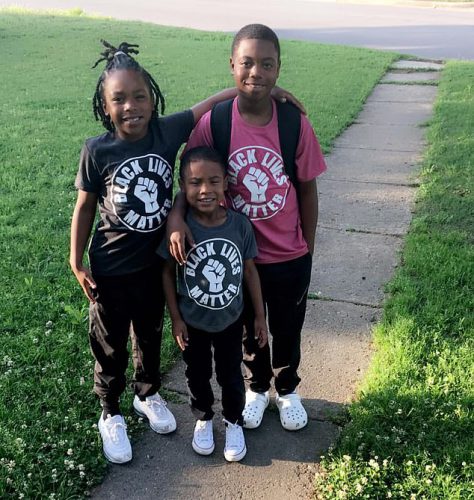 However, Ardmore City Schools Superintendent Kim Holland told Herbert that after “the George Floyd case blew up, politics will not be allowed at school.” The superintendent also told Herbert that the school would not be able to take any more action against her sons for wearing the BLM shirts because it is not against the policy.

The school dress code policy gives the final say to the school principal, who gets the final decision on “any question referring to the appropriateness of dress.”

Holland also told the Daily Ardmoreite: “It’s our interpretation of not creating a disturbance in school. I don’t want my kids wearing MAGA hats or Trump shirts to school either because it just creates, in this emotionally charged environment, anxiety and issues that I don’t want our kids to deal with.” 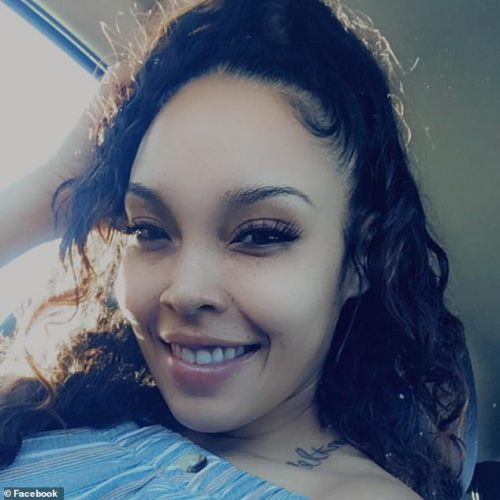 Meanwhile, mom assured Holland that the BLM shirts were not political but a civil rights cause.

“I told Mr. Holland a Black Lives Matter t-shirt is not politics. I don’t see it disrupting anything.”

After her sons were denied their education for wearing the BLM shirt, the American Civil Liberties Union wrote a letter to the Oklahoma school district arguing that the school was violating the students’ first amendment rights.

In 1969 the United States Supreme Court ruled that students do not “shed their constitutional rights to freedom of speech or expression at the schoolhouse gate.”

The ACLU added, in its letter to the school district, “This has been the unmistakable holding of this Court for almost 50 years.”

Do you think these Black Lives Matter shirts are political?