Mom Tries To Homeschool Her Kids. Then She Sees Her Son’s Journal Entry : AWM

Mom Tries To Homeschool Her Kids. Then She Sees Her Son’s Journal Entry 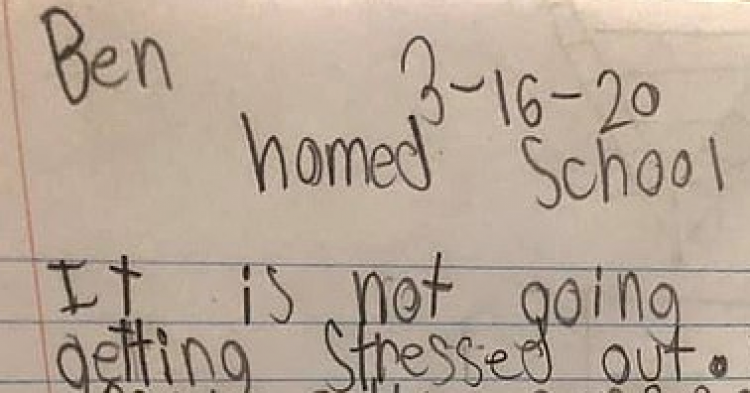 Now that the coronavirus has sent most people into self-imposed lockdown, parents are being forced to take a more active role in their children’s lives. One mother, Candice Hunter Kennedy, has decided to put the time to good use by homeschooling her kids. But after trying her best to be a good teacher for the little ones, her eight-year-old son wrote a note about how he really felt regarding mom’s homeschooling skills.

The hilarious note was posted to mom’s social media account, and it is blunt and honest. Candice’s eight-year-old son Ben wrote an entry in his journal that things were “not going good” during the homeschool experiment. 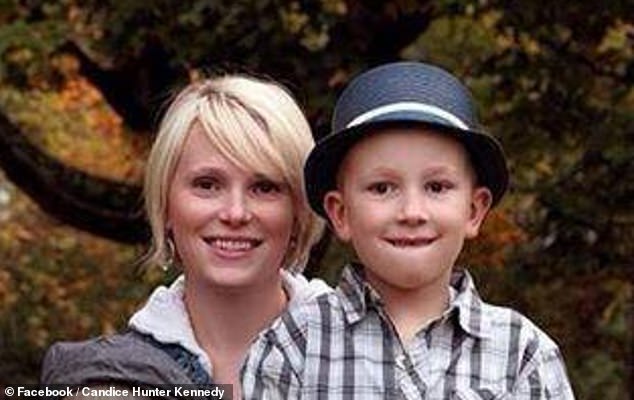 The mother, who is from Verona, Kentucky, received a lot of responses after posting Ben’s funny note on social media.

While Candice found Ben’s note to be hilarious, other people saw it and were shocked that the mother was taking out her frustration on her small children. Should Ben really be able to see through his mother’s veneer like that? Some people were critical, while others were quick to point out how hilarious it was that mom was taking advice for an eight-year-old. 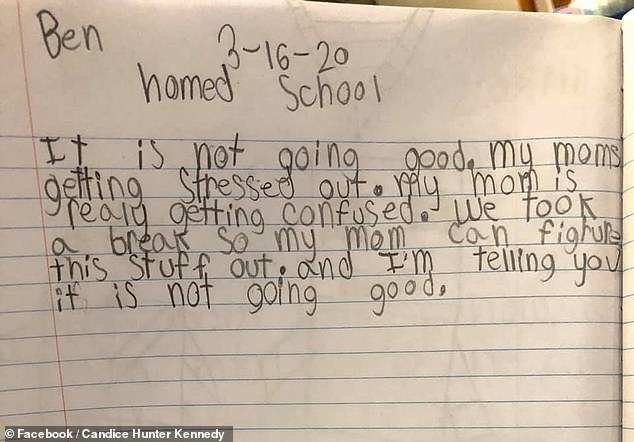 Because Candice doesn’t remember how to do her son’s grade school work, the boy feels that he is not in the most capable hands. That’s a bit of a slap in the face for the Kentucky mother who prides herself in taking an active role in her son’s life.

Although Ben seemed to have catastrophized his mother’s reaction to homeschooling, the Kentucky mom added some hashtags to her note to make it clear that she’s not really as stressed as her son thinks she is. While it was an uphill battle for her to suddenly be thrust into the position of being her children’s teacher, her eight-year-old son’s criticism of her has shed some light on ways she could improve things in the homeschool classroom. 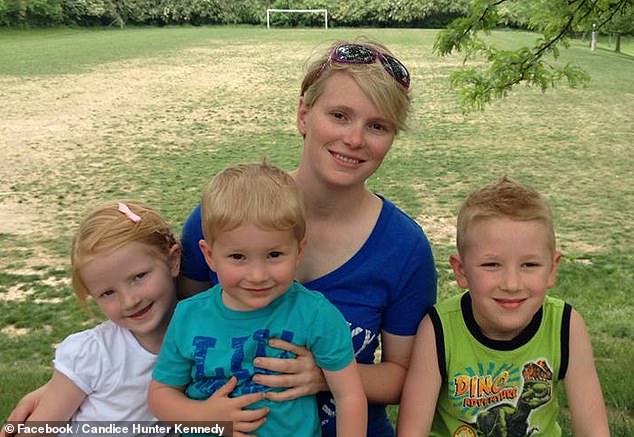 People showered Candice with their support following her posting of her son’s critical note.

“Don’t give up! We grow and learn with our kids. We have all been there. Three of my kids homeschool now. We all made it!” wrote one supportive mother.

“Great penmanship! Punctuation is on point, and spelling is good! I am impressed. Mom, give yourself a break. I teach fifth grade, and I feel like I am good at what I do! HOWEVER, I now have to be my 13-year old’s teacher, and it is not the same! Lol,” wrote another. 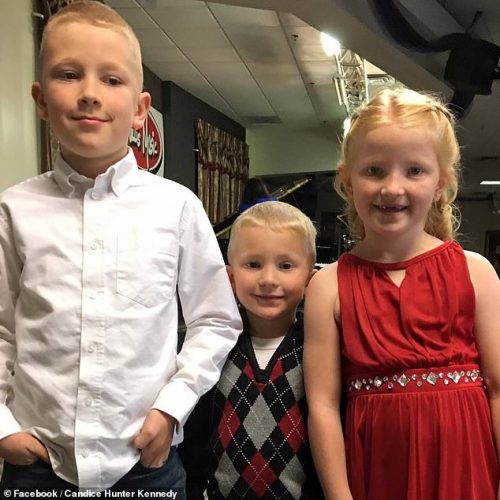 During the COVID-19 outbreak, parents have a lot on their plate. They want to be able to keep things as normal as possible for their children, so they don’t spark fear in them. However, some parents are struggling to keep themselves going without breaking down in emotional fits.

How do you think this Kentucky mom is handling the COVID-19 outbreak?