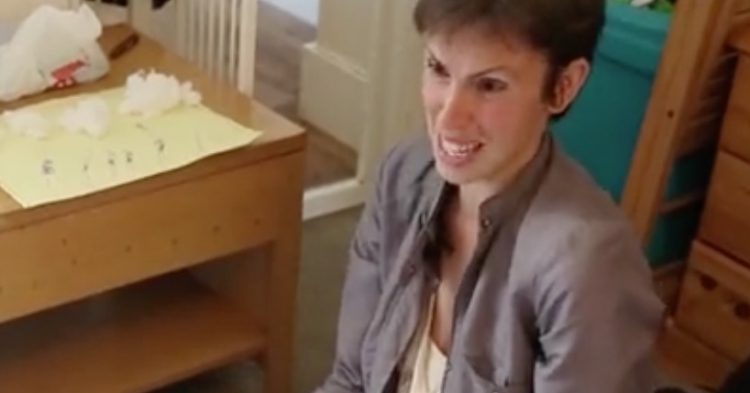 Breastfeeding has become quite a controversial topic these days. Between breastfeeding moms bashing formula-feeding moms for being selfish, to the world casting judgment on those who choose to breastfeed beyond one year, it seems like it’s all we hear about. But, one mom is pushing the limits and creating even more of an uproar when it comes to particular parenting styles.

Adele and Matt Allen, have adopted a very different style of parenting, that strays away from all rules and standard parenting practice that we are so used to. Instead of implementing a rule-following policy in their household, the Allen’s have incorporated an off-grid style, which is parenting that seeks to embrace the wild spirit in the child by immersing them in nature, recognizing their innate intelligence and fostering autonomous, respectful relationships.”

According to Adele, they are like every other family, except they don’t allow their parenting style to be dictated by societal norms or the modern education system, and instead they prefer a more “natural” approach.

Adele grew attached to the concept of off-grid parenting as soon as she found out she was pregnant with her first child, Ulysses. Opting for a completely natural birth for both of her babies, Adele turned down any medical intervention in every way possible. And we aren’t just talking that she refused pain medication. She followed the Lotus Birth Method in which the placenta remains in place and is removed on its own. These unconventional birth methods were only the start of her unique approach to parenting, and Adele also plans on allowing her children to breastfeed as long as they choose and when it comes time to wean them off the breast it will be a mutual decision between her and her children. At this point, her five-year-old son, Ulysses, is showing no signs of wanting to wean off the breast.

“Ulysses does still nurse from time to time,” the off-grid mom says. “Since the baby came along it has decreased rapidly and we had to come to a mutual understanding that it needed to graduate down a bit, but then I wasn’t willing to say, ‘no you need to stop now.'”

As to be expected, commenters had a lot of harsh words for the family…

“I’m not going to read the article. But from the pic, you can just tell this family smells like hotdogs and urine.”

“No rules? No discipline? That’s exactly what is wrong in this country.”

“Okay i understand how good breastfeeding is however once they can walk, go to school and say, “mom, I want your boob I’m hungry …then maybe its time to put the boob away and let the child begin to become independent because its freaking creepy and I don’t care what anyone has to say. I think it is weird for a 5-year-old or older to be breastfeeding.”

One commenter had a good point that, even in nature, there are rules…

“Even the animal kingdom has rules and disciplines their young.”

There was one commenter that defended the Allen family…

“So I read a bunch of comments first and my first thought was why does anyone care? Does it make everyone feel that much better to raise themselves up by pushing others down?”