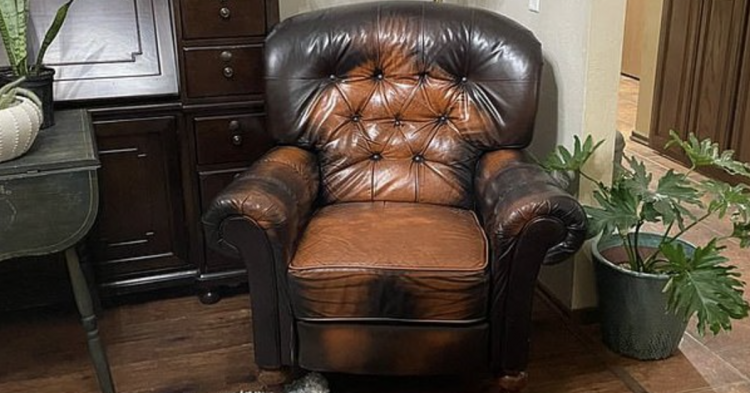 Last month, an Oklahoma woman named DeAnna “DeDe” Whitlock Yingling posted her favorite armchair for sale in an attempt to make some quick cash. However, potential buyers were not eager to spend $100 (the asking price) for the leather armchair because there was a distinct discoloration on the chair that makes it look like a person had sat in the chair for years and perhaps even died in it.

Whitlock Yingling was desperate to unload the armchair from her possession. Because she listed it for sale on fifteen different websites, the $100 armchair quickly gained a lot of attention and soon became a national phenomenon on social media as people speculated about why the chair had its discoloration. 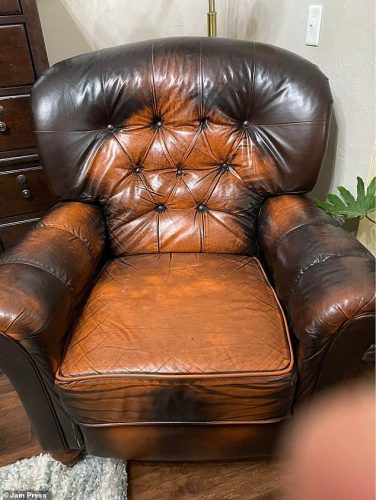 Facebook Marketplace was one of the places where DeDe, an Oklahoma City healthcare worker, posted the disgusting armchair. Although she called it a “beautiful chair” that had “nothing wrong with it,” most people completely disagreed. However, it could be true that DeDe was “just changing (her) décor” and that someone had not died in the discolored chair. 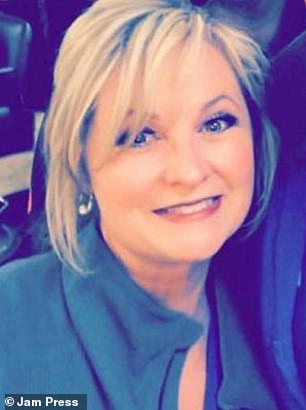 Within twenty-four hours of her listing, DeDe’s chair went viral. However, most people were completely disgusted by the chair, but one person supposedly did offer a staggering $500 for it. Now, the armchair has become the inspiration for hundreds of memes that continue to circulate on social media. 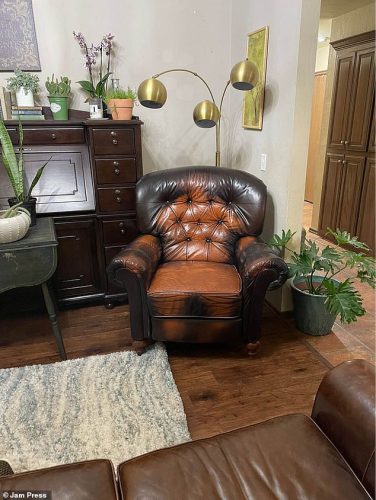 “The story behind the chair is a bit of an odd one because I never noticed an image of any kind,” DeAnna told Jam Press. “I purchased it from someone else on Marketplace, and it has been sat in my living room for a long time, and no one has ever said anything about it. I listed it online, and the following morning, my sister sent me a text to tell me that it was blowing up on Facebook.”

The viral response to the armchair surprised DeDe, but she admitted that all the comments were very entertaining for her. 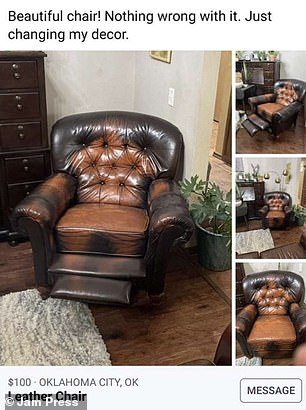 “A friend even texted me saying our very own Mayor David Holt of Oklahoma City even made a comment about the chair on Twitter, saying it deserved a broader audience,” she said. “I didn’t have a Twitter account, but now I do.”

“I may buy it and create a haunted room in my house. Old baby dolls and the grandpa ghost chair,” wrote one person.

“Someone died in this mofo,” added another social media user. 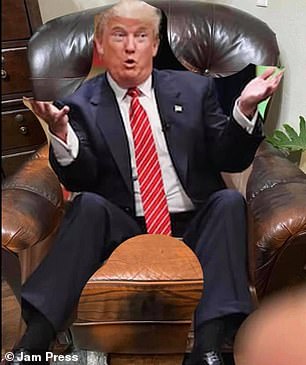 One person joked how it was probably the chair Trump used while sending all of his tweets.

“Wow, how did you get hold of Trump’s chair?”

“Nothing wrong with it, just an atomic bomb took out the person sitting on it, as you can see the person’s silhouette was printed on the chair,” another person added. 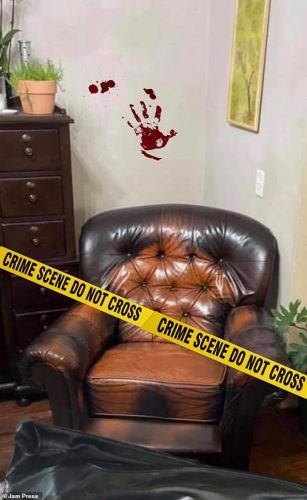 DeDe did offer up a spooky conspiracy theory around the imprint in the chair.

“We’ve lived in this house for 13 years, but there has always been a weird vibe to it, and unexplained things would happen. Often, we hear music coming from nowhere. It’s very faint and difficult to make out and only happens in the evening. But we just carry on with what we’re doing.”

What do you think about this chair?