Police Caught The 11-Year-Old Who Hijacked A School Bus And Led Them On A High-Speed Chase. 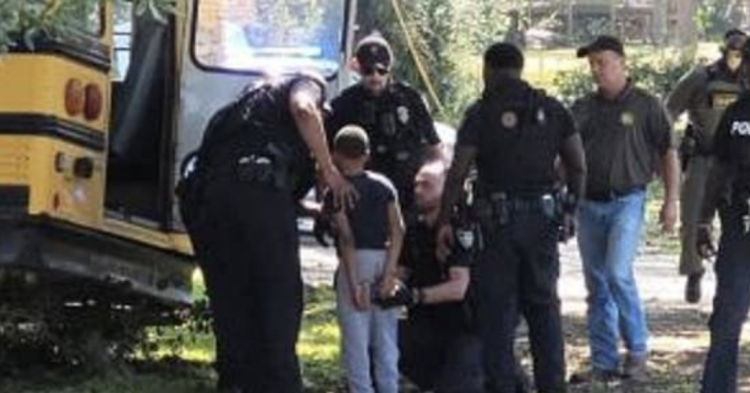 An eleven-year-old boy led Louisiana cops on a highspeed chase after he stole a school bus for a wild joy ride through Baton Rouge. Amid the height of the coronavirus pandemic, local cops were thrown off guard as the school bus went barreling through town like the bus from the movie Speed. What started as a fun joyride for the school-age boy at 11 am, ended with a car wreck about thirty minutes later when the bus was disabled.

The child took the bus from a parking lot at Progress Head Start Center, which services a kindergarten nearby. When reports came in regarding the stolen vehicle, multiple Baton Rouge police officers jumped at the chance to join the high-speed chase. The eleven-year-old boy led dozens of police officers on the chase across town and almost got away with it. 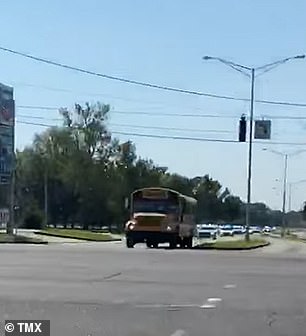 By 11:30 am, the boy’s joyride was over. He crashed the school bus into a massive tree and broke a gas line along Greenwell Springs Road. In total, he rode the bus thirteen miles or so from where he stole it. Along the way, he caused some more damage, striking three cars before he ended the chase with the front of the bus buried into the trunk of the tree. 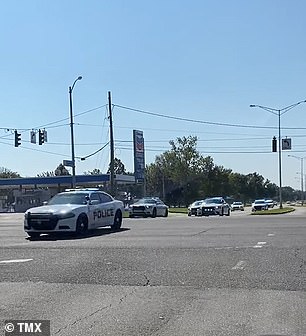 Police officers drew their weapons on the eleven-year-old boy and handcuffed him after he gave dozens of law enforcement officers a run for their money. He is now at the Baton Rouge Juvenile Detention Center charged with theft of a motor vehicle and additional charges, including aggravated flight, three counts of aggravated damage to property, and aggravated assault. That’s a lot of charges to slap onto an eleven-year-old boy struggling to cope with life during a global pandemic! 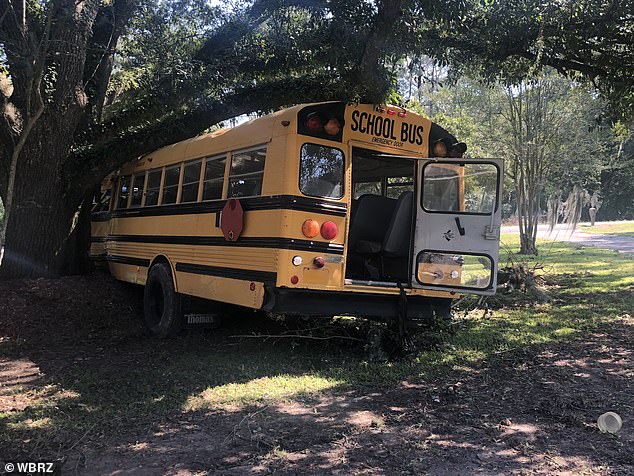 Police added the aggravated assault charge because they thought the child “purposely tried to strike a vehicle” while cops chased him down at high speeds. No one was injured during the thirty-minute chase. But a lot of property damage was done, including the bus.

Reporter Sydney Kern of WBRZ captured footage of the bus being towed out of the tree.

“Crews are now removing the bus. You can see the damage on it from hitting the tree. Again, homeowners said the child looked okay when he hopped out of the bus,” she wrote on Twitter. 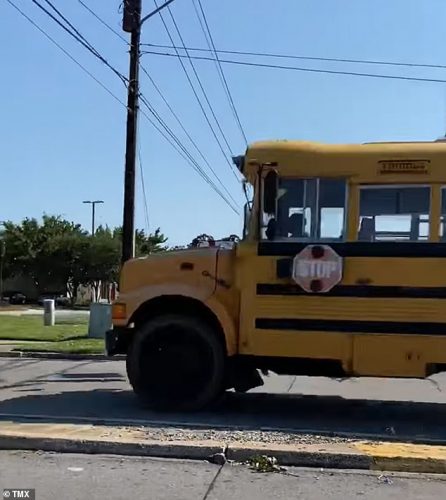 A Baton Rouge Police Department spokesman reported that the bus is a push to start a vehicle, which means it was very easy for the child to steal it from the parking lot.

Witness Joy Gradney caught some of the chases on cellphone footage. 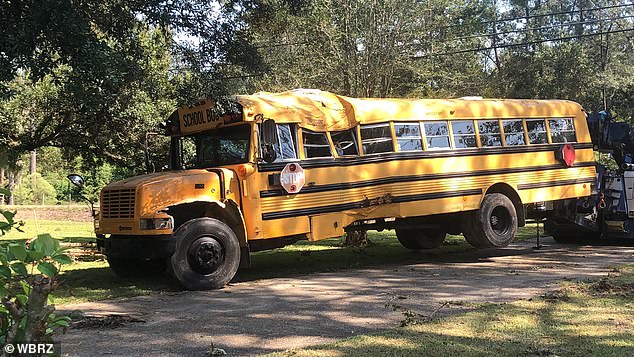 “I’m thinking what in the world is going on, and my first thought is that it was a lot of kids on the bus,” Smith said. “Thank goodness he was okay; he was safe, but it was not your typical Sunday afternoon occurrence for sure. So, we’re blessed that it didn’t do any more damage than it did.”