Sean Hannity Is Not Happy After This Video Goes Viral 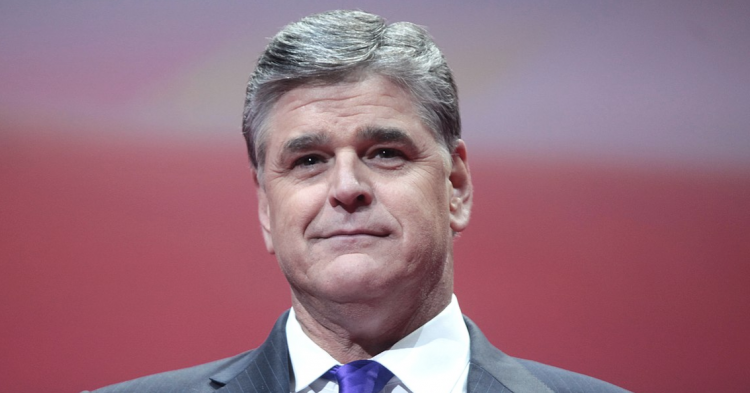 With more than 9.32 million subscribers on YouTube, a lot of people tune in to watch content from Comedy Central’s The Daily Show. The comedy news program, which is hosted by comedian Trevor Noah, uses satire to report on the news of the day and inform a younger audience about the goings-on in American and the wider world. Because the Daily Show is not shy about poking fun at celebrities – especially those that it perceives as doing wrong in the world – it came as no surprise to fans of The Daily Show that the program would put up a 15-minute video entitled “The Words of Sean Hannity” and it has gone viral hundreds of thousands of times over.

Sean Hannity is known for being former President Trump’s Fox News confidant, as the pair would often chat while at home with each other. The Daily Show describes Hannity as an “infamous hypocrite, and Trump’s pillow talk buddy.” In a series of clips featuring Sean Hannity – many of which Hannity previously aired on his own Fox News program – viewers were stunned to see the things Hannity was saying and shocked that he was able to get away with it.

“Tonight, I can report that the sky is absolutely falling, we are doomed, the end is near, the apocalypse is imminent, and you’re all going to die,” Hannity said on his Fox News broadcast before switching tact and saying, “Or at least that’s what the media mob would like you to think.”

The Daily Show then moves into a comparison of how Hannity reported on the Biden 2020 presidential race versus Hillary Clinton’s bid for the White House in 2016. The contrast is shocking and something everyone needs to see – especially those who are fans of the Hannity Fox News program. This segment shows that Hannity has the exact same personal criticisms of Hillary and Joe despite it being nearly impossible that they could be doing the exact same thing. Could his reporting be more fiction than fact?

Thousands of people commented on the Daily Show YouTube video. Here’s what some people had to say:

“’  I’m not a doctor, but…’” one person quoted Hannity before saying, “You can just stop there.”

“There is no way they could cram the worst of this man into 15 minutes.”

“It is so satisfying to know Hannity is bitter he doesn’t have direct access to the president anymore and has gone back to being a cable news hack the White House will ignore.”

“It’s hard to do ’a worst of’ when each day it would have to be revised because of his most recent show.”

“I love how he’s recommending Biden take a physical. Meanwhile, Trump struggled to take a sippie of water and nary a peep.”

“I don’t believe we’ve seen the worst of that guy yet, and I’m not talking about the fact that this episode has yet to premier as of this moment.”

The video features a “rap battle” at the 2:45 mark that was particularly popular among Daily Show viewers.

“The Sean Hannity rap battle part was genius and well-edited. I need to see more of these. Awesome. Hahaha! Eminem’s hand movement was on point with his words.”

What do you think about the “worst” of Sean Hannity?