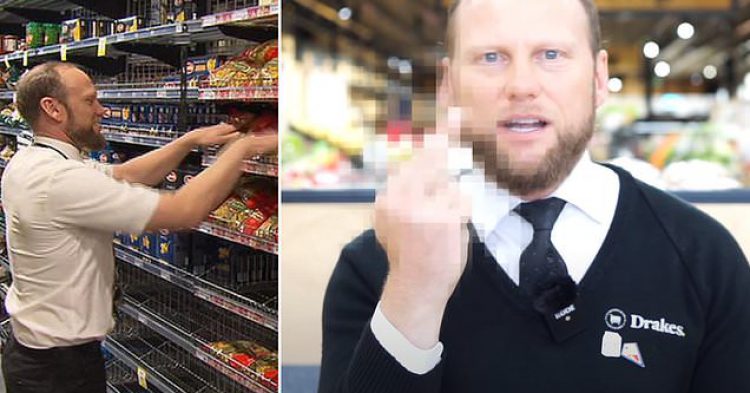 One grocery store manager has a message for all people who are hoarding toilet paper and hand sanitizer. “F*** you.” After one person bought all of these essential supplies from his grocery store, he tried to sell the household products on eBay – but was banned. Now the hoarder is eager to get his money back on the supplies and showed up to the Drakes supermarket seeking a refund for 150 packs of toilet paper and 150 units of hand sanitizer – Director John Paul Drake was ready to teach him a lesson.

The supermarket director said that this particular hoarder hired a team of twenty people to assist him in stripping the entire store bare of toilet paper and hand sanitizers. But when the person was banned from selling the items to desperate people online, the hoarder returned, seeking a complete refund. The person came back with 150 packs of 32 rolls of toilet paper as well as the 150 units of hand sanitizer. 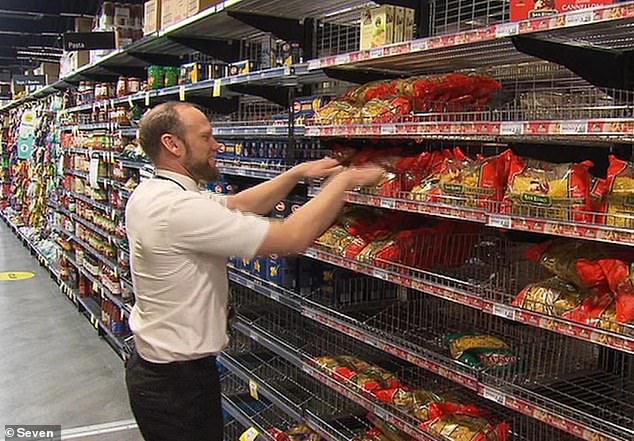 Because these items were in short supply during the pandemic, the hoarder was trying to get rich off of other people’s fears and desperate need to be clean. Instead of issuing the refund, Director Drake had a message for the jerk.

“The customer said he wanted to get a refund on 150 packets of 32-pack toilet paper and 150 units of 1-liter sanitizer,” Drake said on his YouTube channel. “I told him that –“he put his middle finger up to the screen to make it clear that he did not approve of the person trying to profit off of everyone else’s misfortune.

Drake operates the grocery store in Australia. Although he’s experienced hoarding, the problem is hardly local to just Australia. It’s happening all over the world.

“That is the sort of person that is causing the problem in the whole country,” he said.

7News interviewed Drake, and he told the reporter that customers should buy what they need for the next few weeks – not for the rest of their lives. 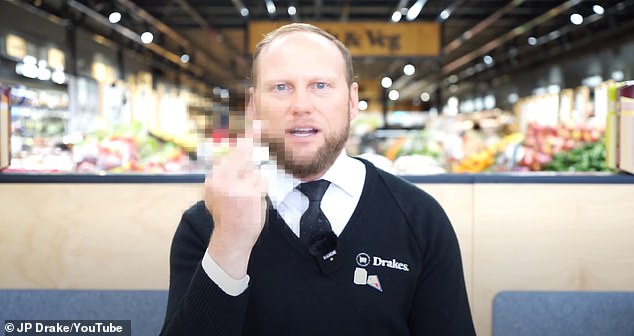 “I think there’s a lot of people in the situation that we’re in, and no one’s prepared to say anything about it,” Drake said. “But we’re over it.”

Drake said that panic buying had overpowered his 50 stores across South Australia and Queensland.

“We’ve sold eight months of toilet paper in 4 weeks,” he said. “We’ve sold a year’s supply of flour in 9 days. And we’re all in the same boat. It’s not one supermarket that’s missing out. It’s every single one.”

The CEO of Woolworth, another grocery chain in Australia, said that they were having particular trouble keeping up with the increased demand for pasta sauce. Their CEO wrote an update on the website.

“Pasta sauce is still in short supply, despite an extra 850,000 units this week, while pasta itself has been improving. This week we’ve secured an additional 1,000 pallets – that’s another 500,000 packs,” the CEO said.

These times have brought out the best in some people – but the worst in others.

What do you think about panic buying? Did you buy more than you needed? Or are you in need of items?