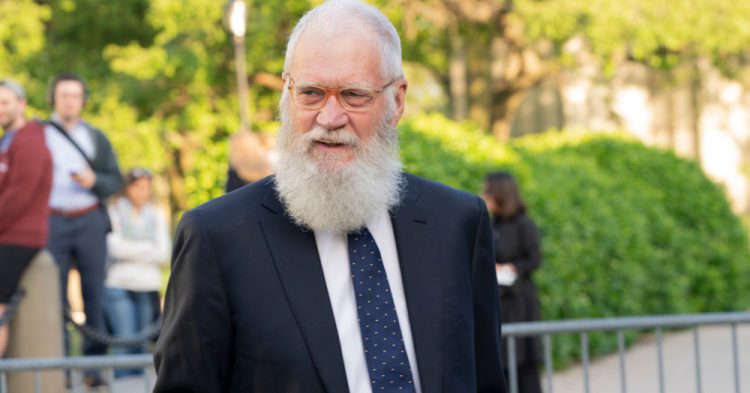 Letterman regularly ranked among the most famous people in the field. Back in 1996, he was assigned 45th out of the TV Guide 50 greatest TV stars of all time. And then, less than a decade later, in 2002, his CBS show was ranked number seven on the TV Guide’s 50 Greatest TV Shows of All Time. Many late-night hosts look to Letterman as a legend and influence on their work, including people like Conan O’Brien, Stephen Colbert, Jimmy Kimmel, Jimmy Fallon, John Oliver, and Seth Meyers.

Although Letterman is a famous public figure, few people know the intimate details of his personal life. That’s why we’re going to share them with you here because something incredibly strange happened to Letterman’s son.

Letterman married his college sweetheart Michelle Cook back in 1968 when both of them were still quite young. They tied the knot in Muncie, Indiana. Their marriage ended in divorce about a decade later, in 1977.

Shortly after that breakup, Letterman began dating his former producer and head writer Merrill Markoe from 1978 to 1998. She was the mastermind behind some of Letterman’s greatest segments, including “Stupid Pet/Human Tricks.”

Letterman began to see another woman while dating Markoe. This was Regina Lasko, who would go on to become his wife to the present day. They had a son together named Harry Letterman in 2003. And the couple officially tied the knot on March 19, 2009. Despite numerous allegations of Letterman cheating on his wife, the pair seem to be doing okay.

But this is where the shocking truth comes in about Harry Letterman – the boy was almost kidnapped away from his family when he was just over a year old. The kidnapping plot was discovered after a man demanded $5 million of ransom money from Letterman.

Fortunately, law enforcement officers were able to track down the would-be kidnapper and stop the plot before Harry was ever put in danger. The bad guy’s name was Kelly Frank; he was 43 years old at the time of the kidnapping attempt.

Frank was working as a painter on Letterman’s Montana ranch and was allegedly planning the abduction with the help of Harry’s nanny.

Prosecutors ultimately dropped the kidnapping charge, but Frank went away for ten years for a theft charge for overcharging Letterman for his painting work. He also pleaded guilty to obstruction for lying to investigators as well as to an unrelated poaching charge.