The Zoos In China Give Tourists A Fishing Pole For The Tiger Cage, But Some Say It’s Abuse 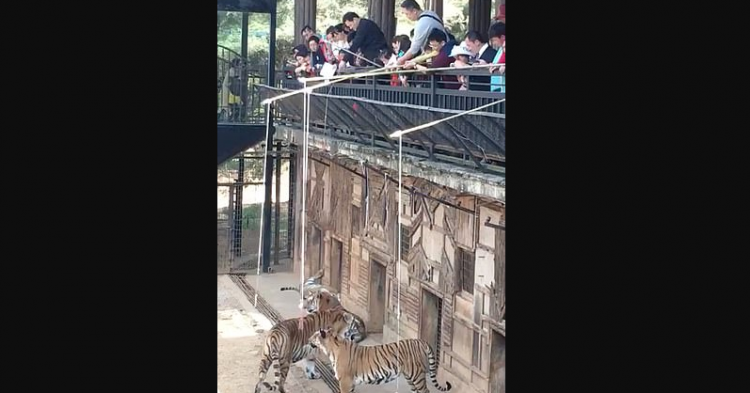 China does not have a reputation for being kind toward animals. Not only are dog meat markets still available in parts of the country, but the zookeepers also allow tourists to do unthinkable things to the animals. And while fans of Tiger King on Netflix will certainly know a thing or two about the way big cats are treated in America, the treatment that these tigers get at the Yunnan Safari Park is entirely out of this world.

Tourists pay high fees to be able to get fishing poles to feed the tigers. The wildlife zoo bills this activity as an “interactive program” so they can consider it educational. However, the activity was very controversial. This is why the zoo has come under fire from people across the world. Animal rights activists were quick to point out how cruel it was to feed the tigers with a fishing rod. 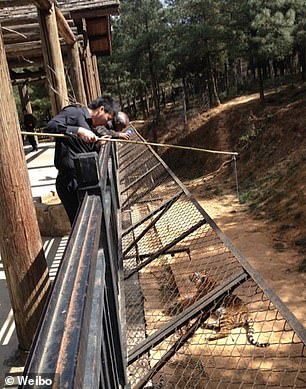 The zoo provided the activity to tourists on the grounds that it was educational and had the added benefit of keeping the tigers active and engaged with their environment. However, the zoo could not endure the hate and anger that came at them from many people around the world. That’s why they announced that they would be shutting down the activity permanently. It was a large loss of revenue for the zoo, but it will ensure that they’re able to avoid the negative press around the activity.

Video footage from Monday showed tourists hanging pieces of meat off of a balcony via a fishing rod. Some of the participants were very young children, which has sparked even more concerns about the safety of the activity. Not only was it cruel toward the tigers, but it also put the little children in danger. 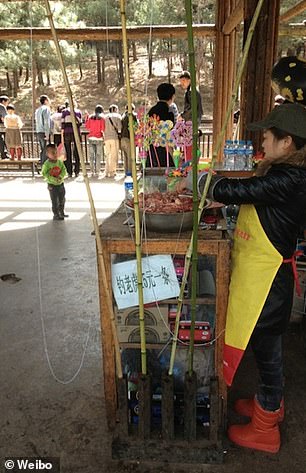 The safari park marketed the “Fishing Tigers” activity as one of their most sought after activities. They said it was an “interactive program to educate visitors about nature and wildlife.”

The activity cost just about $5 and has been around for at least seven years. There was a post from 2013 about the fishing tigers activity that some people felt was “cruel” to the animals. The zookeepers are simply trying to profit off the animals.

“[The activity allowed] tourists to poke fun at all the animals,” the commenter wrote. “Wild animals shouldn’t be used as a tool for the park to make a profit! Where are your morals to make this kind of money? How can you protect them when you can’t give them the least of respect?”

Meanwhile, the zoo’s social media account on Weibo explained that they were hoping to offer the tiger fishing program to educate people and help the tigers get some exercise. 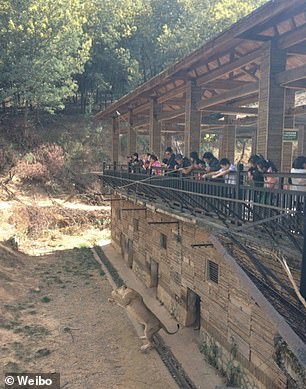 “Our zookeepers also feed animals like this. It helps us to test the tigers’ ability to hunt for food,” the wildlife park responded.

The recent uproar over the activity caused the zoo to cancel the program.

One person wrote, “What is your problem? Don’t animals deserve respect?”

Another shared, “Even if tigers can’t jump that high [to attack the tourists], people might still fall.”