There Is A Python Hiding In This Cupboard, But I Bet You’ll Never Be Able To Spot It : AWM

There Is A Python Hiding In This Cupboard, But I Bet You’ll Never Be Able To Spot It 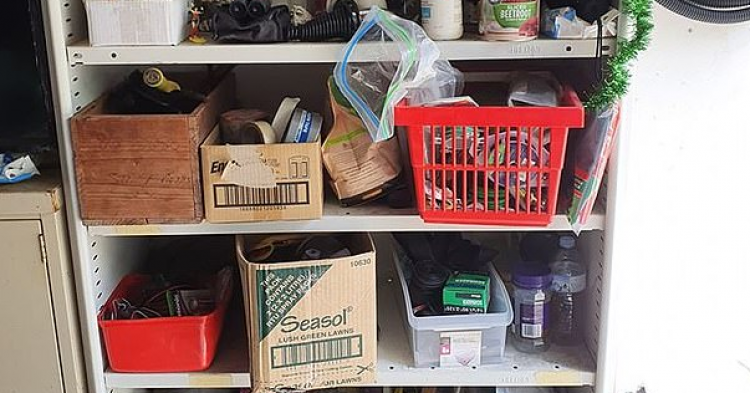 Although carpet pythons can grow to become massive creatures, they’re extremely good at staying out of sight. That’s one of the reasons that these creatures get so big in the first place. They avoid getting tracked and spotted by other predators that might try to turn the python into its own dinner. But when residents of the Sunshine Coast in Queensland, Australia, come across a massive snake on their property – they freak out and call the Sunshine Coast Snake catchers to rush over to their property and remove the massive beast before it causes any death or damage.

Because the Sunshine Coast Snake Catchers love what they do, they often snap photos of the snakes they’ve been tasked to catch and share them to social media. Sometimes they are able to turn their work into a puzzle of sorts. This image is one of those. In the picture here, you need to find the carpet python that is hiding in plain sight. Although the snake is massive, it can easily hide among the detritus. 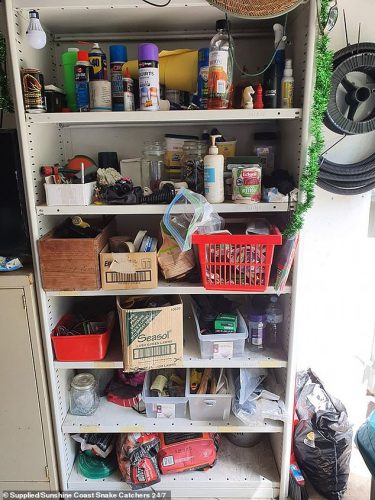 The snake catching company shared the image to social media as a way to lighten the stress around the COVID-19 pandemic that is killing people across the globe right now.

“Amongst all the panic, I think a good old fashion game of ‘Spot the Snake’ is what we all need,” the company shared online. “See how you go finding this one and bonus points if you can guess the species.”

Although Australia is getting hit very hard during the COVID-19 pandemic, Sunshine Coast Snake Catchers plan to operate as normal. They will keep social distance but work to help homeowners rid their properties of the pesky snakes that try to infiltrate their homes. 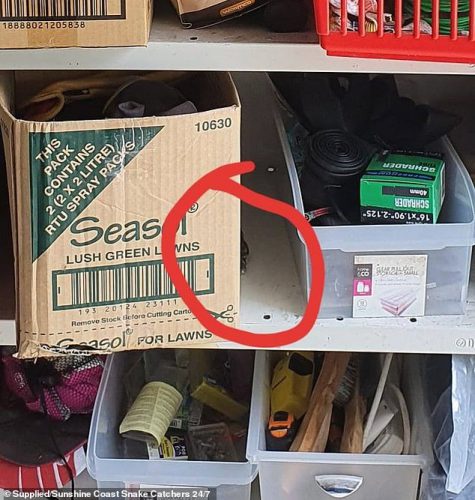 The company added, “Snakes don’t stop for no virus. We will start employing distancing at snake calls, but let’s be honest. We already make sure our customers stand well clear of us when we are catching the snakes.”

Many people jumped at the chance to guess where the snake could be hiding. But hundreds of people got it wrong before one person got it right. And that’s because the snake it hiding in a very discreet location.

Snake-catcher Stuart McKenzie confirmed the snake’s location. It was on the right side of the Seasol box. The carpet python is non-venomous and is among the “most common snake they catch across the Sunshine Coast.” 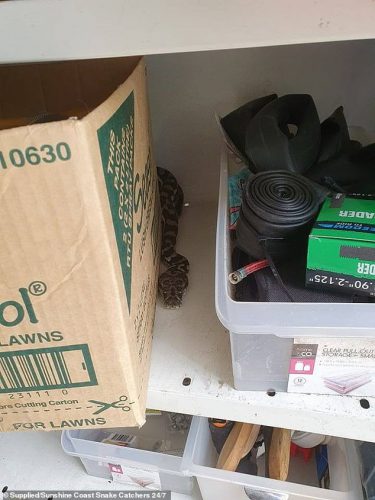 Because McKenzie has had a long career catching snakes and other reptiles, he knows how to spot these creatures despite their best attempt at hiding. But this one was not easy to spot.

“It’s slowed down a little, but we still had nine jobs yesterday. I was thinking more people being at home might ‘up’ the calls if there are more people at home to see snakes,” McKenzie said.

As Australia reels from the effects of the coronavirus, Sunshine Coast Snake Catchers are still open for business. Did you catch sight of the snake in the picture? Or was it hiding too good for you?