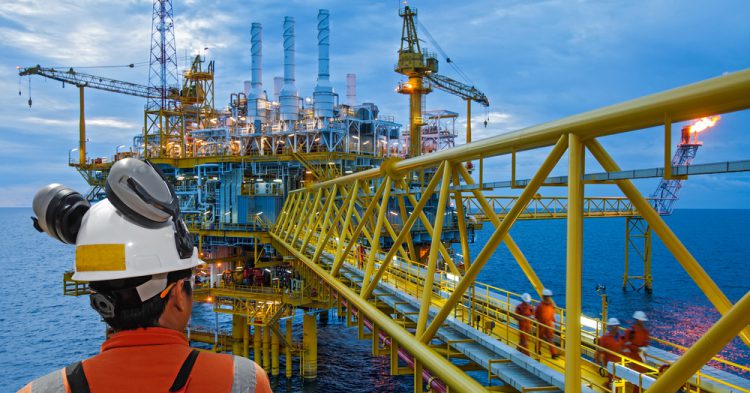 Ocean oil rigs make some of the most dangerous places to work. Nevertheless, brave men and women trek hundreds of miles offshore into the hazards of the open ocean to mine the fuel that keeps America – and the Industrial World – running full steam ahead. Far offshore in the Gulf of Thailand, a group of oil rig workers noticed something they never saw that far from land – an adorable dog.

The pooch somehow got 130 miles from shore all the way over to this massive oil rig. Did he fall off a boat? Did he swim to shore? No one seems to know why or how the dog got to the oil rig, but the fact remained that he was there, and the crew had to do something about it. They couldn’t just let him die of hypothermia in the open ocean. 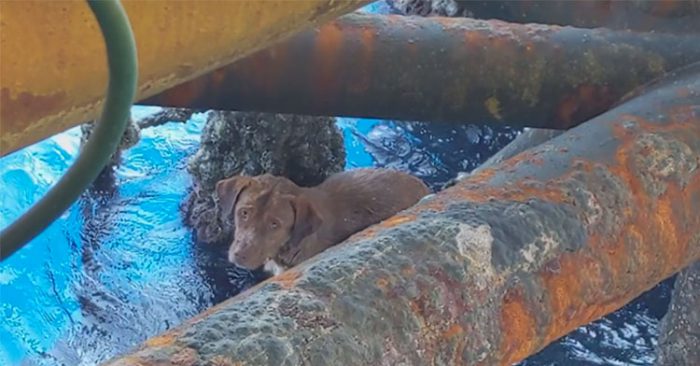 Vitisak Payalaw spotted the dog first. He alerted the crew and took a lot of photos to document the rescue. The crew had to work quickly. That far out in the water, anything could happen. A big wave could come in unexpected and suck the shivering dog down to the bottom of the sea.

The crew lowered a pole. They hoped the dog would be able to walk on. But the conditions didn’t allow for it. The pole was too slippery, and the dog fell. 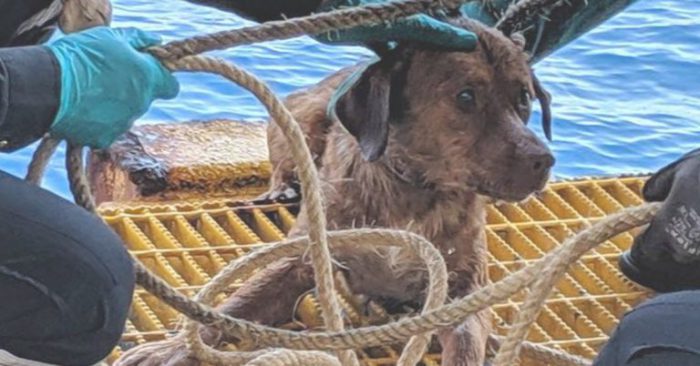 “I thought that if we didn’t move quickly, I would not be able to help him,” Vitisak said. “If he lost his grip, it would be very difficult to help him.”

Eventually, they got the dog onto the boat with the help of a rope. 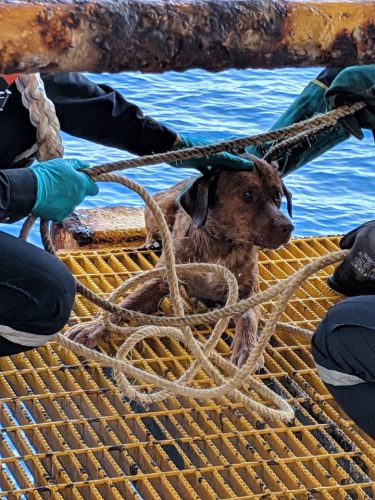 “His eyes were so sad. He just kept looking up just like he wanted to say, ‘please help me,’” Vitisak said. “At that moment, whoever saw this, they would just have to help.”

When he got on the solid surface of the boat, the dog collapsed. He was exhausted and thirsty beyond knowing. And he was hungry. 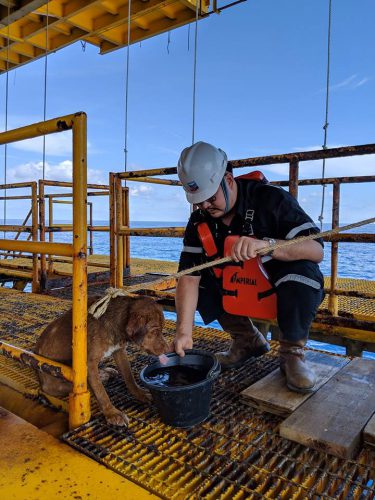 “He looked extremely exhausted and ran out of energy. He didn’t move much,” said Vitisak. “He was shaking, and he couldn’t stand, he had to sit all the time.”

After getting some water and a few bites to eat, the dog cuddled up with the crew and started to get comfortable. They named in Boonrod, which means survivor in Thai. 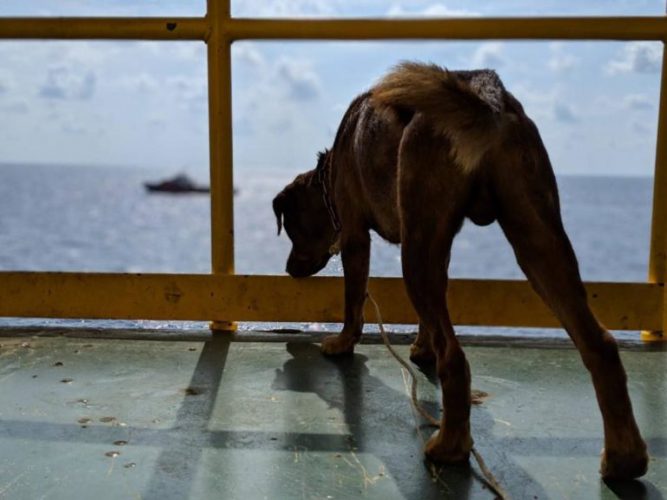 Although Boonrod had a good time with the crew as he recovered from his long ocean voyage, the time eventually arrived when he had to go back to where he came from – the mainland of Thailand. 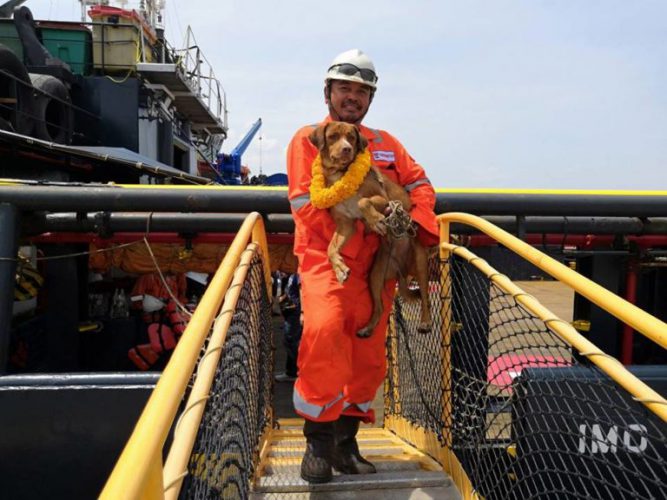 The crew put their engineer minds together and came up with a plan to get Boonrod to his destination. They used their tools to create the dog a special crate complete with blankets, food, and water. Then they used a crane to lift Boonrod’s luxury crate onto a departing ship. 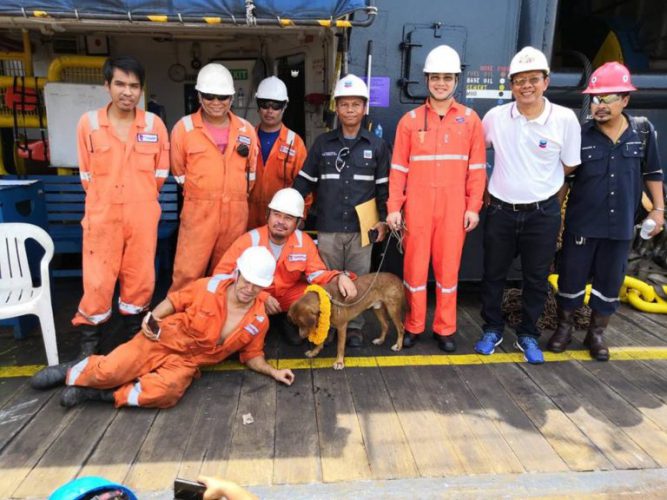 When the boat docked, Boonrod was transported to Watchdog Thailand, an organization that aids dogs like him.

Now, it’s just a matter of time before Boonrod is adopted into a loving, warm, and safe home.