This Is The Healthiest Lettuce Ever Grown, But I Bet You Can’t Guess Where It’s From : AWM

This Is The Healthiest Lettuce Ever Grown, But I Bet You Can’t Guess Where It’s From 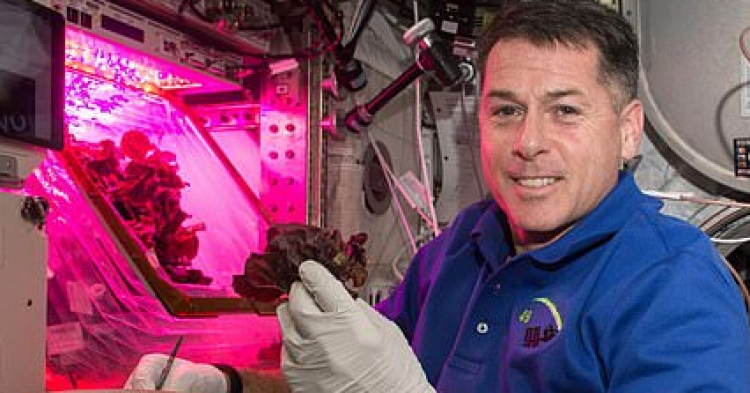 When it comes to nutritious food, leafy greens are among the best for the human body. While farmers have been trying to master the growth of lettuce, spinach, and other similar leafy greens, it seems that the only thing holding back these farmers from finding the way to the most nutritious lettuce was the Earth herself. Astronauts on the International Space Station (ISS) have discovered a way to create lettuces that are far more nutritious than the varieties commonly grown on the surface of the Earth – and they’re rubbing their success in farmers’ faces.

Compared to lettuces grown on the surface of the Earth, those grown in the Earth’s orbit are far more nutritious and better for the human body. The major breakthrough in the development of more nutritious lettuce was made when microbiologists from the Kennedy Space Center found a way to create highly nutritious lettuce that will play an important role in future deep-space missions. 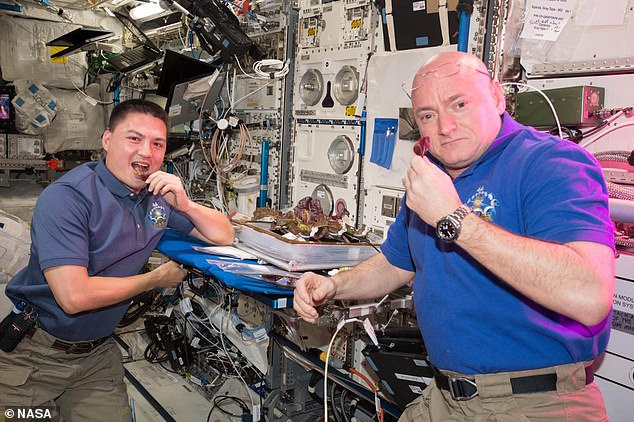 Because this amazing variety of lettuce will make it easier – and more likely – for astronauts to be able to survive a trip to Mars, humanity is one step closer to sending a person to our neighbor planet.

The lettuce in question was planted, grown and cultivated while aboard the International Space Station from 2014 to 2016 as part of the groundbreaking Vegetable Production Systems project.

NASA said that astronauts ate the delicious and nutritious variety of lettuce with oil and vinegar. It was such a wild success that the astronauts described its taste as “awesome,” who were blown away by the succulent and flavorful leafy green that was loaded with nutrients.

The lettuce grown in the ISS is a form of red romaine lettuce that is called Outredgeous and takes about thirty-three to fifty-six days to fully grow.

“The ability to grow food in a sustainable system that is safe for crew consumption will become critical as NASA moves toward longer missions,” lead author Christina Khodadad wrote. “Salad-type, leafy greens can be grown and consumed fresh with few resources.” 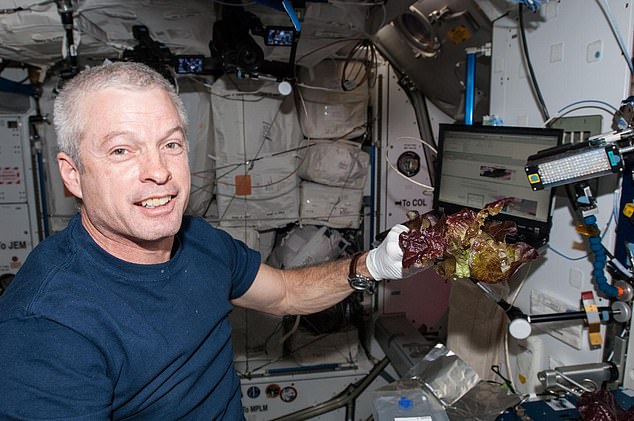 Until this greenhouse growth process for leafy greens becomes a stable part of life in space, astronauts must subside on nonperishable items like prepackaged and processed food that are not as nutritious and good for them as fresh vegetables. The prepackaged foods that astronauts eat include fruits, nuts, chocolate, shrimp cocktails, peanut butter, chicken, and beef, according to a report on Daily Mail.

These foods are made to last from various methods, including freeze-drying, heating, and irradiation.

Before the astronauts abroad the ISS ate the lettuce, they had never eaten anything that had been cultivated from seed to flower like this before. It was a pioneering study that will forever change the way space travel is conducted.

The first mission to Mars is planned for the late 2020s. The first humans could be living on Mars by the 2030s. They will need fresh fruit and vegetables if they plan to survive on the desert planet.

What do you think about these astronauts growing vegetables while in space?