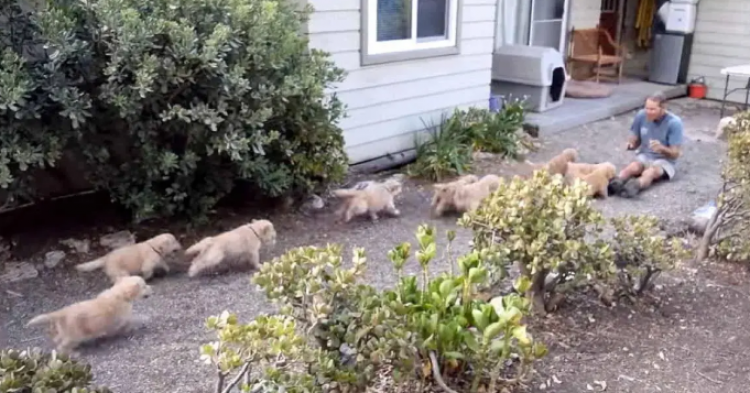 If there’s one thing that can put people at ease during the COVID-19 pandemic, it is an adorable puppy video. But few videos provide as much love and inspiration like this one that is going viral all over again. Now that people are self-quarantining at home, they need something to do, which is why a lot of people are scouring the internet for the best viral videos of cats, babies, and, of course, puppies, to put their minds at ease and to bring a smile to the face during these trying times.

In the video, which is included at the bottom of this page, you’ll watch as a litter of golden retriever puppies “attack” a man who is across the yard from them. The small puppies are impossibly adorable and eager to play. 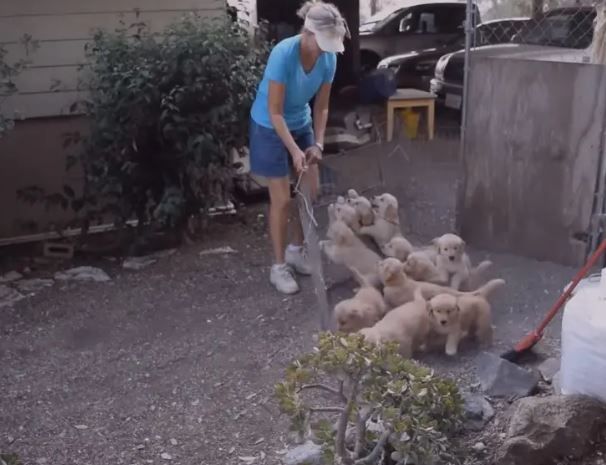 The video opens with a shot of the puppies in an enclosure. A woman stands by the gate and is ready to unleash the “swarm” of puppies on her husband, who is eager and ready to let the puppies into his arms. You can bet that his life is better because of all the dogs he has in it.

According to the video description, the golden retriever puppies are just seven-weeks old, which means they’re about ready to be adopted.

The man is seated on the dirt when the puppies come running toward him. The swarm of adorable dogs “attacks” him as soon as they can. They’re in love with the man and adore having fun with him. 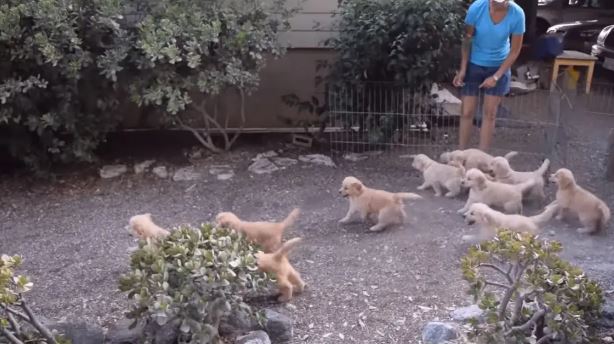 If you could use a pick-me-up, this video is going to bring a smile to your face. The dogs simply tackle the man and knock him to his back. He covers his eyes with his hands as the dogs crawl all over him. They’re unbearably excited and eager to shower the man with all the love that they can.

He is having a wonderful time. He loves having the dogs crawl all over him and lick him with their soft puppy tongues.

People on YouTube shared thousands of comments. Many people were delighted to watch the puppies in action.

“Someone actually filmed heaven and put it on YouTube.” 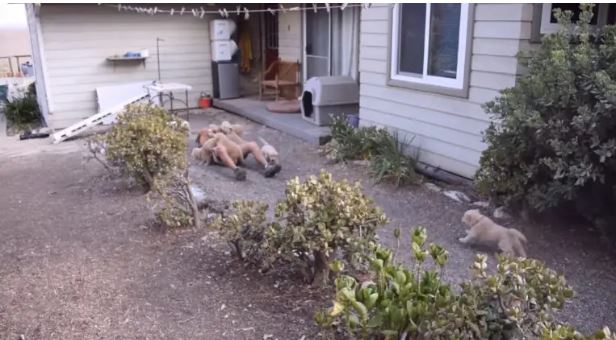 “If animal shelters made puppy attacks as fundraisers, they’d get so much money.”

“Who needs mind drugs with potentially harmful side effects when we have this groundbreaking therapy!?”

“Sometimes the stars align, the universe contracts and the YouTube algorithm recommends videos like this. Today was a good day.”

Another viewer could relate to the love of these dogs. 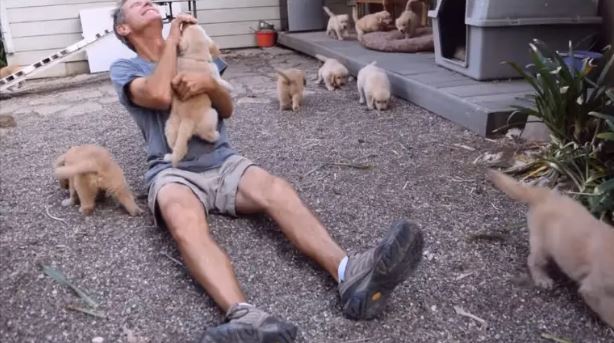 “I have three black Labradors aged two, five, and thirteen, and I still get this reaction even after I’ve been away for only five minutes. Sometimes I need to stand on a chair! Wouldn’t have it any other way!”

Other people could not hide their jealousy.

“I have had a similar experience but with mosquitoes. It wasn’t this cute, though.”

“Oh no poor guy, that must have been horrible! It’s like being devoured by a school of piranhas. It’s inhumane. This kind of violence shouldn’t be allowed on YouTube!”