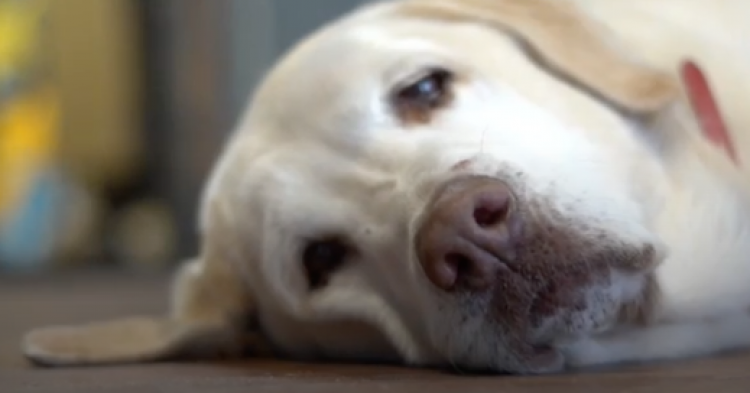 As more states legalize recreational marijuana use, more pets are coming across the stuff and getting sick from it. Now, according to a report from WJAR in New England, veterinarians have seen an increase in marijuana poisonings over the last few years. When pets consume marijuana, they can suffer from THC toxicity, which is an illness that comes from the main psychoactive component in pot.

“We do see probably at least one ingestion a week, but sometimes it’s 10 to 20,” Dr. Shelly Pancoast of Ocean State Veterinary Services said.

Research suggests that dogs are more susceptible to the toxic effects of THC because they have more THC receptors in their brains than humans do. This means that if a dog gets its paws on a batch of marijuana edibles, it could get very sick and require medical treatment from a trained vet.

A study published in the medical journal PLOS One suggests that more availability of marijuana edibles has contributed to the rising number of pet poisoning cases across the country. However, experts from Southern New England are not certain that marijuana edibles themselves are entirely to blame.

Dr. Pancoast insisted that the case that she has seen are not linked to marijuana edibles. In reality, the owner of the pet usually does not know that their dog has ingested a batch of marijuana.

“We see a lot of dogs that pick something up on a walk or in the park, and then within 30 minutes, they’re showing signs of marijuana toxicity,” Pancoast said.

According to the vet, dogs can ingest even small amounts of marijuana and suffer toxic consequences. For example, if a dog eats a discarded joint tossed on the sidewalk, the pet might suffer from marijuana poisoning.

“A lot of times when we tell people we think your dog ingested marijuana, they are so adamant that it couldn’t have happened,” Pancoast said. “We have to question them. Were you at the park? Were you on a walk? Could your dog have picked anything up? And then they sort of realizing that, yeah, that’s a possibility.”

According to research conducted by Dr. Hannah Belcher-Timme of East Springfield Veterinary Hospital in Massachusetts, even a small amount of marijuana can have disastrous effects on a pooch.

“Even a tiny amount can cause these pretty significant signs,” she said.

According to WJAR, pets that accidentally consume marijuana can suffer symptoms like vomiting, wobbly walking, drowsiness, and dribbling urine, which often mirror very serious conditions like a stroke. Some dogs can even experience seizures or become comatose after consuming marijuana.

What do you think about the rising number of THC toxicity cases among American pets?