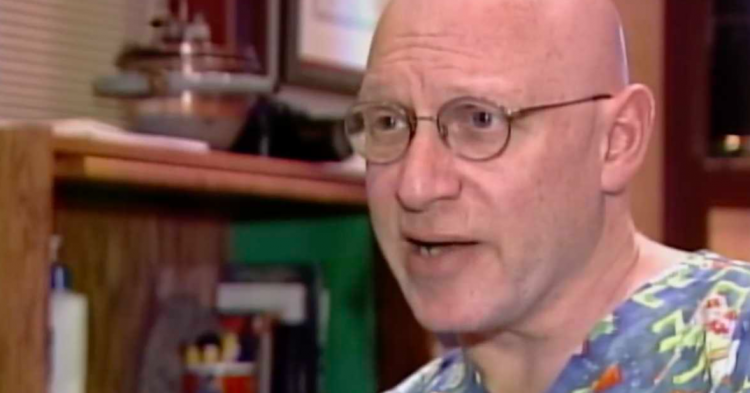 A woman made the shocking claim that her mother’s gynecologist did the unthinkable during one of her appointments. According to Morgan Hellquist, her mother’s gynecologist, Dr. Morris Wortman of Rochester, New York, used his own sperm to impregnate her mother and was, therefore, her biological father. Now, 35-year-old Hellquist has filed a lawsuit against Dr. Wortman for the heinous deceit he committed by impregnating her mother with his biological fluids.

Hellquist first realized that something was suspicious when she took a DNA test and learned that she had nine half-siblings. She took the DNA test in 2016 and spent months combing through data to get to the truth. Eventually, she learned who her biological father was and could not believe what had happened.

The lawsuit against the Rochester doctor was filed on September 18, in which Hellquist claims she is the daughter of a woman who received fertility treatments from Dr. Wortman during the 1980s. Although her mother was told that the sperm donor was a medical student from the University of Rochester, the truth was otherwise. And the lawsuit claims that the doctor was aware that he was the baby girl’s father when she was born in 1985.

Before she could be conceived, Hellquist’s father, Gary Levey, was paralyzed from the waist down in a traffic accident. The family wanted to have a child, so they sought a sperm donor who was of northern European heritage similar to the Levey family and had a clean medical history. When Hellquist’s mother became pregnant, her family “revered” Dr. Wortman for making it a reality – without knowing that he had used his sperm to create the child.

However, the story gets even weirder. For nine years, Hellquist used Dr. Wortman as her own gynecologist. He would perform breast and pelvic exams on her, all while knowing that she was his daughter.

Then, in April 2021, Dr. Wortman performed a vaginal exam on Hellquist. During the exam, he asked her to remove her mask and then called his wife into the exam room so she could confirm their resemblance.

The doctor told her that she was “a good kid, such a good kid.”

Dr. Wortman’s bizarre behavior made Hellquist question everything. Was the doctor she had known since childhood her biological father? She took another DNA test and confirmed that he was.

The lawsuit claims that if Hellquist knew that Wortman was her father, “she would never consent to being a patient in his gynecology practice.”

Unfortunately, Dr. Wortman will probably get away with his crime. The Monroe County District Attorney’s Office told the Associated Press that too much time had passed, so the doctor would probably never face criminal charges.

“While no victim has reached out yet, our appeals bureau did do some quick research, and it appears that in reference to what has been made publicly available, any criminal action is barred by the statute of limitations,” representative Calli Marianetti explained to the Associated Press.