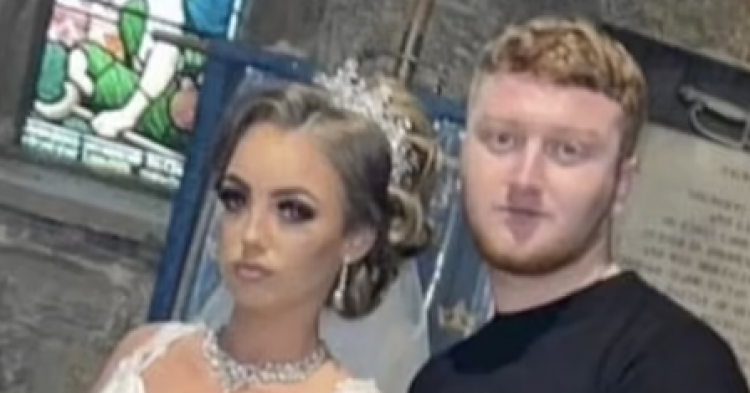 A young couple was excited to get married – but it seemed like only half of the wedding party – the bride – was prepared to say her vows on their special day. While the bride was dressed in a beautiful gown, the groom showed up to his wedding wearing grubby jeans with grass stains on them. Images of the grubby groom first appeared on Reddit in 2017 but have now resurfaced online and are causing people to discuss them all over again on social media.

Reddit user imconfused23 shared the photos along with a caption that stated, “Not exactly a shotgun wedding, but…” 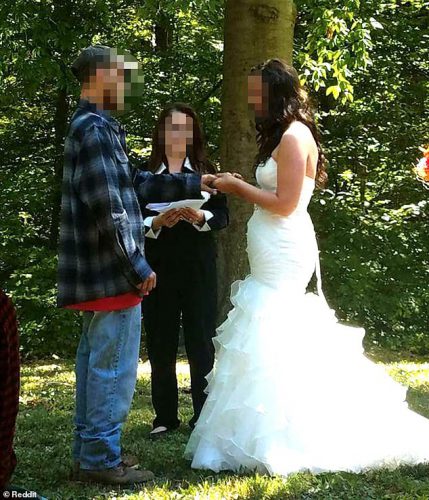 In one photo from the wedding, the bride is shown wearing a stunning wedding dress while she slips the ring onto the groom’s finger. During the ceremony, he is wearing blue jeans with grass stains on them, a blue flannel shirt, a baseball cap, and work boots. He clearly did not get dressed up for the special occasion. Maybe he wasn’t looking forward to marrying the bride he had in front of him/

Other images from their special day show that the groom is prepared to go fishing. He has a fishing pole at the ready while the photographer tries to capture wedding photos during the outside ceremony. Other guests at the wedding are also dressed very casually. The person who came to support the groom, perhaps his father, is also wearing a baggy flannel shirt over a T-shirt. The man is also wearing jeans that appear to be stained along the legs. 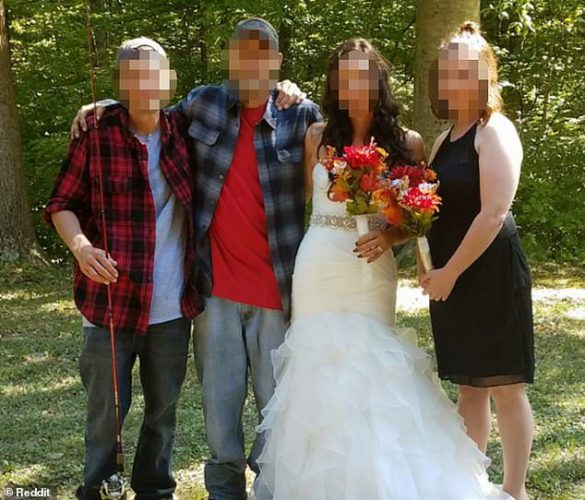 Critics were quick to point out that the groom should have dressed better for his special day – especially since the bride put in so much more effort by buying a wedding dress and making sure it fit and looked good for her wedding.

“He looks like he was just walking by and got grabbed to get married,” one person wrote.

“He didn’t even have time to put on a clean pair of jeans,” another added. 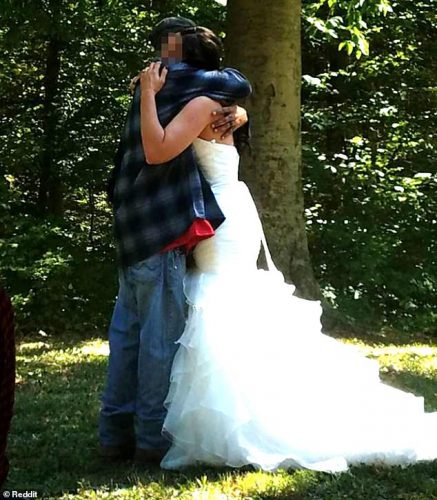 “Daddy loaned him his cleanest flannel. How sweet!”

“She looks pretty hot. He’s punching far above his weight.”

“Hey, whatever. Maybe she knew he didn’t want to dress up, and he knew she did. People can get married in whatever they like. Yeah, I guess people can say it’s trashy, I mean, I would be hurt, but if you are going to get hitched, you obviously understand what the other person wants and how important the ceremony is to them.”

“This is such a pretty dress too. What a shame.”

“I mean, I really have no problems with a jeans and T-shirt wedding, but… It definitely seems they’re coming from different places here.” 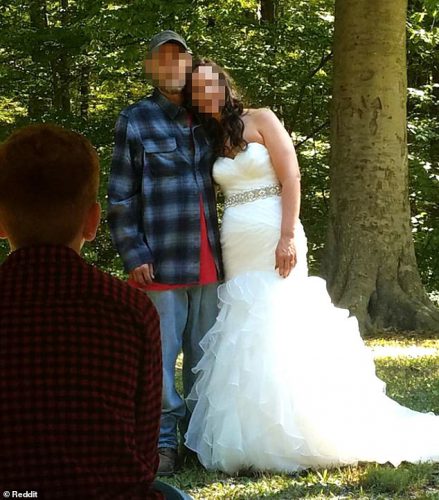 “He didn’t even have time to put on a clean pair of jeans.”

“Well, at least it’s not camo. Just trying to be glass half full…”

“His wedding jeans have grass stains, but there is something inspiring about his don’t give a f*** attitude.”

What do you think about these wedding photos? Should the groom have dressed up?